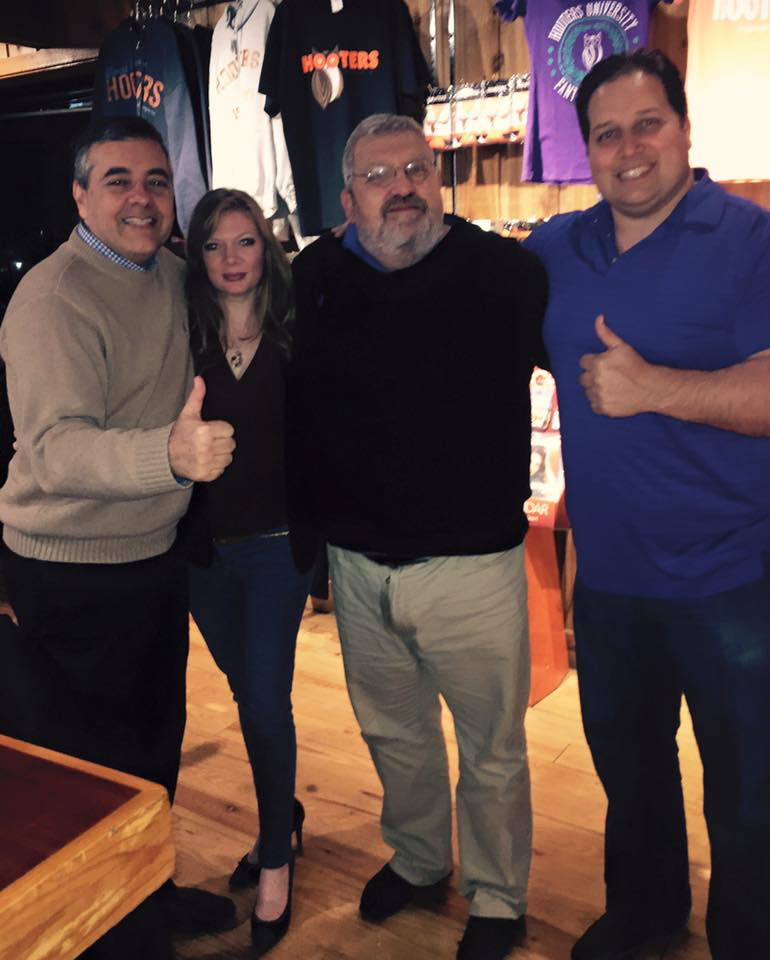 Marco Rubio has kept David Rivera, his longtime friend and former Miami congressman who is under investigation by the feds, at a distance as he runs for president.

But Rivera hasn’t kept a distance from Rubio’s presidential bid.

Rivera traveled to Iowa ahead of Monday’s caucuses, visiting the eastern portion of the state and at meeting with other Rubio friends and volunteers to watch the results Monday night.

One of them posted a photograph of Rivera and three others posing at a Hooters restaurant in Davenport. In the picture, Rivera is giving a thumbs-up.

Dana Hudson, a Washington lobbyist and Rubio backer, posted the photo on Facebook. She appeared next to Rivera, along with Miami pollster Dario Moreno and Rafael “Ralph” Perez, a former aide to then-state Rep. Rubio. (Perez is also giving a thumbs-up.)

Hudson declined to comment. Perez told a reporter he hadn’t seen the photo. Rivera did not respond to a request for comment.

Moreno said he and Perez volunteered for Rubio’s campaign, knocking on voters’ doors and telephoning them, but Rivera did not participate in those activities.

“David was just, you know, watching the returns, kind of staying away from the campaigns,” Moreno said. “He wasn’t connected to the campaign – I know for a fact he wasn’t. He was sort of doing stuff on his own.”

“Everybody was out there – I mean, half of Florida was in Iowa,” Moreno added. “At least half of the Republican part of Florida.”

Rubio spokesman Alex Conant said he didn't know why Rivera was around. "We didn't see him," he said.

In the past, Rubio’s aides, aware of the negative publicity surrounding Rivera, have been adamant that the ex-congressman has had no involvement in their effort. He showed up at the first GOP debate in Cleveland last August, and then at a debate in Madison, Wisconsin, last November. Both times, Rubio’s team insisted it hadn’t given the ex-congressman tickets. Rivera credited his access to the many political friends he’s cultivated over the years.

The former congressman has been the target of a federal criminal investigation in Miami into an illegal campaign-finance scheme that secretly financed a ringer Democratic candidate in 2012. He served in the Florida House of Representatives as Rubio’s budget chief, and the two used to own a Tallahassee home together.

Rubio has stood by his old friend throughout the years, saying he hopes Rivera can put his troubles behind him.