On the campaign trail with Marco Rubio, and his well-honed stump speech 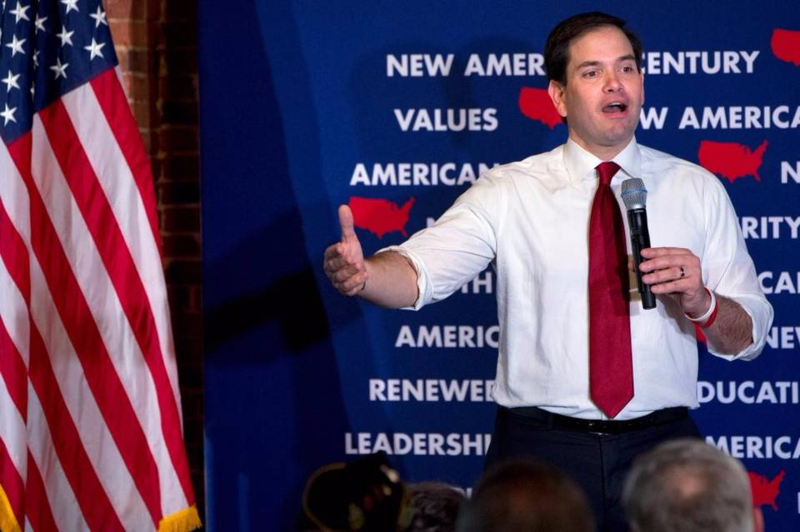 DOVER, N.H. -- Hop on the Marco Rubio reporters’ bus for a full day, the bus tailing the candidate on his “Marco Mobile” across rainy New Hampshire, and you hear that — Hey! Didn’t ya know? — the presidential candidate’s father was a bartender and his mother was a maid. You hear it four times, in fact, at each of the Florida senator’s four townhall meetings with voters.

There’s the raising-the-stakes line about the 2016 election being “a referendum on our identity.” There’s the gloomy warning that seven more years of Democratic governance would result in a nation “in decline.” There’s the acknowledgment that voters are “angry, and they should be.” But, lest that sound like a concession to Republican rival Donald Trump, Rubio intones, “Anger is not a plan.”

He wants to get to your questions, he promises voters twice, at the beginning and near the end of his not-so-short opening remarks, which often top 20 minutes. But he first wants you to know, needs you to know, just how personal this campaign is for him, the son of immigrants — who were born in Cuba, as you’ve probably already heard — for whom America “is not just the country I was born in — it is the nation that literally changed the history of my family.”

Event after event, it’s the same lines, the same anecdotes, even the same jokes, often delivered with the same oh-so-perfect timing. (His memoir, An American Son, which helped him pay back his student-loan debt, is “now available on paperback!” Cue laughter. Every time.)

This is the talent of Marco Rubio, presidential candidate. And also what some of his rivals are trying to turn into a liability.

He’s too scripted, opponent Chris Christie says. Too rehearsed. He doesn’t answer enough questions from voters — maybe five or six per event — or from reporters.