'Recess moms' plea for bill to be heard, but Senator Legg says he won't change his mind 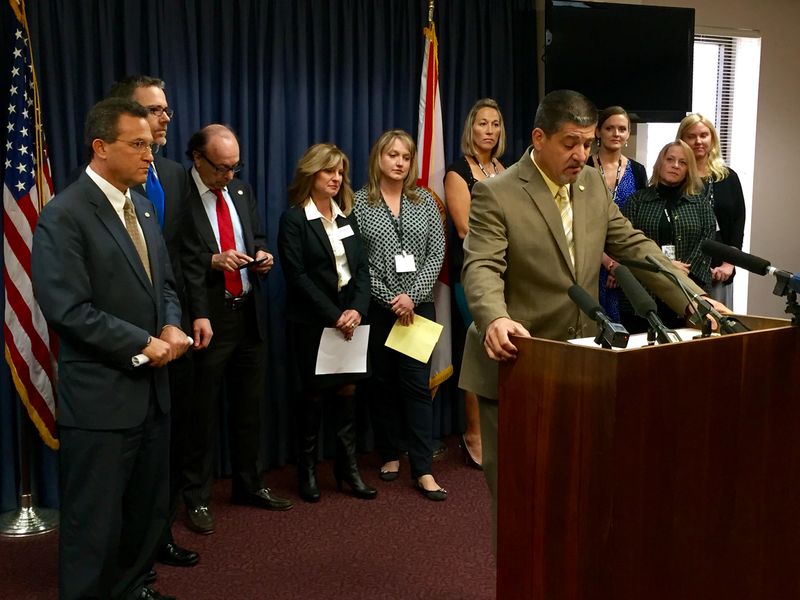 The House passed its recess bill with strong bipartisan support on a 112-2 vote. Only Republican Reps. Richard Corcoran, of Land O'Lakes, and Michael Bileca, of Miami, opposed it.

Passionate mothers, who affectionately call themselves "recess moms," are imploring Florida Senate leaders to take up a bill that would require elementary schools to offer 20 minutes of recess each school day.

The legislation is on track to be approved by the Florida House this afternoon, but it has stalled in the Senate and is all-but-dead for the 2016 session.

"This bill simply can't die; our children are too important," said Amy Narvaez, an Orange County parent. "We don't live in Neverland. Our children grow up too fast and we can't wait another year for this to be fixed."

Several "recess moms" -- from mostly Central Florida and the Tampa Bay region -- organized a press conference this morning at the Capitol, and they were joined by a bipartisan group of a dozen House members, including Rep. Bob Cortes, R-Altamonte Springs, one of the lead sponsors of that chamber's bill.

Lawmakers and parents have cited numerous benefits associated with unrestricted free time for children — including the ability for students to be creative and get a reprieve from a packed schedule of lessons.

"We want our children to develop their social skills, and social skills are developed by allowing them to do whatever they want to do in their free time," Cortes said. "This is a good bill. This is for our children."

"This is like a no-brainer from a kid's point of view," Rep. Irv Slosberg, D-Boca Raton, said. "They're kids and they're under so much stress; they need some recreation. It's important that all school districts give these kids a break."

The Senate bill hasn't gotten its first hearing before the Pre-K-12 Education Committee. Chairman John Legg, a Republican senator from Trinity, told the Tampa Bay Times last week that he won't take it up, and he told the Herald/Times this morning that he doesn't intend to change his mind.

"There's too much impact on kids and our school districts need the flexibility," Legg said today, calling it a "local issue."

But parents argue they've pleaded with local school district leaders to mandate recess and have been ignored.

They cite varying rules across Florida's 67 county school districts and want a consistent policy statewide. They said they don't want to wait another year for lawmakers to take action.

It's been Senate President Andy Gardiner's policy to let committee chairmen decide which bills will be heard in committee. The Orlando Republican supports the recess bill, but also supports Legg's prerogative to hear it, Gardiner spokeswoman Katie Betta said.

Republican and Democratic lawmakers at today's press conference called on Legg to allow the bill to be heard and voted on.

"Recess is critically important to children. It is something we need to consider and pass," said House Democratic Leader Mark Pafford, of West Palm Beach. "And I would certainly hope that Senator Legg really takes time to consider allowing this to move forward in the Senate."

"Recess is fun, and our kids deserve to have fun," Rep. Eric Eisnaugle, R-Orlando, said. "If we want our kids to learn and grow and to do well academically going forward, they have to have this time outside to clear their minds and get ready for the rest of the day."