« David Rivera's ex-con ex-girlfriend says she called cops on him | Main | Did Donald Trump say he will be "neutral" between Israel and Palestinians as Ted Cruz says? » 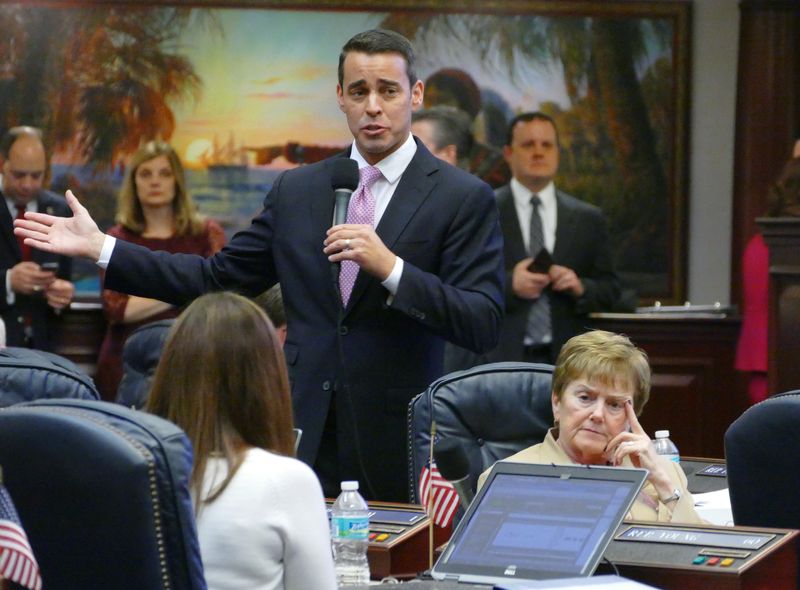 Calling it "too much of a nuclear issue," the Florida House on Thursday voted to remove the Senate's proposed reforms for charter school capital funding from a massive education bill that lawmakers are trying to negotiate with a day left in the 2016 session.

Mostly along party-lines, the House approved a 168-page, almost-complete re-write of HB 7029, after the Senate sent over its approved version on Wednesday.

Fresen and Sen. Don Gaetz, R-Niceville, had dueling proposals this session to, in some cases, drastically change charter schools' eligibility for state tax dollars they can use for maintenance and construction projects.

Gaetz's plan, in particular, would have made it more difficult for many charter schools to get capital funding, particularly those run by companies looking to make a profit. Charter schools are publicly funded but privately managed.

Citing a disagreement with the Senate, Fresen said multiple times on the House floor that he'd removed all capital funding provisions related to charter schools from his re-write of HB 7029.

But that's not entirely so.

While Gaetz's proposal was scrapped, a line of Fresen's own plan was slipped into the latest iteration of the bill.

That change of a single digit could have a significant impact on several charter schools by allowing them to be eligible for capital dollars a full year faster:

One of the schools that stands to benefit from that proposed change is Classical Preparatory School in Pasco County, which was founded by Anne Corcoran. She is the wife of Rep. Richard Corcoran -- a Land O'Lakes Republican who is the current appropriations chairman and in line to be the next speaker of the Florida House.

Classical Prep opened in 2014 and so would be eligible for capital dollars as early as next school year, if this provision is enacted.

Anne Corcoran has made no money from her affiliation with the school; she has volunteered numerous hours of time and donated about $11,000 of her own money to help it get off the ground, according to records provided by the school.

For his part, Fresen and two close relatives make a living by working with the charter school industry, a connection which has raised ongoing questions about a conflict of interest.

Fresen is a land consultant for Civica, an architecture firm with a specialty in building charter schools. Many of those schools were built for Academica -- which has been described as the largest charter school management company in Florida and which counts Fresen’s brother-in-law and sister as executives.

Fresen has said no conflict of interest exists. House Speaker Steve Crisafulli, R-Merritt Island, said after Thursday's session that he also had no concern with Fresen negotiating a bill affecting charter schools, because "having a background and understanding of the industry is certainly a benefit to his knowledge."

"I think we lean on professionals in this chamber who may be in one industry or another to work on these types of issues," Crisafulli said. "Rep. Fresen's been a leader, since he came in, on education issues."

Fresen was not available for comment after the House session Thursday evening.

On the House floor, Fresen told his fellow legislators that changing the formula for capital funding for charter schools was "off the table" because the House and Senate couldn't agree.

"We had a version of the charter school capital outlay that had a formula attached to it, that was sustainable, predictable and de-politicized, that also add accountability elements," Fresen said. "The Senate's version was a bunch of -- if you want to call them -- accountability measures, but absent a formula."

He never mentioned the inclusion of the line from his reform plan, which overall would have changed eligibility criteria for charter schools potentially to make it easier for them to qualify for capital funding.

Aside from the line change in HB 7029, he also previously proposed school grade requirements for charter schools in that same section of statute, but those weren't carried over into the new bill. Neither was Fresen's proposed requirement to have school districts share a portion of local property tax dollars with charter schools.

Gaetz's plan, meanwhile, would have steered money to charter schools that serve mostly impoverished students or those with disabilities -- the original intention of charter schools, when they were established in the mid-1990s. It also would have barred charter schools from receiving capital dollars if they lease their facility from a private or for-profit entity or one with any affiliation to the charter school.

"The Senate feels very strongly about those provisions," Gaetz said Wednesday. "We believe you should not establish a charter school in order to pursue any profit from it. We believe the safeguards we had in the bill are important."

A few Democrats in the House said they liked the Senate's provisions and didn't understand why Fresen didn't support them.

The agreed portions of Fresen's and Gaetz's plans involving school districts' ability to spend capital dollars remains a part of HB 7029. Those provisions seek to rein in districts' spending on construction projects by holding them to a state-imposed cap, with the penalty of forfeiting three years' of capital dollars if districts exceed it.

Fresen's re-write of HB 7029 included most, if not all, of the other measures Gaetz and the Senate had added to that bill, such as those allowing open enrollment for all K-12 public school students, granting immediate eligibility for high school athletes who transfer schools, and codifying public university and college performance funding in state law.

Fresen's amendment added another priority proposal from the House to improve reading instruction for elementary school students. That measure didn't get much traction in the Senate.

It's unclear what the Senate might do with the new version of HB 7029 in the remaining hours of session.

House and Senate leaders aim to end the annual session sometime Friday afternoon, and in order for the education bill to be sent to the governor, an identical version of the proposed law needs to be approved by both chambers.

The Senate has the option to accept the House's new version or counter-offer with further changes.

But time is running out.