Donald Trump and Hillary Clinton to speak about Israel at AIPAC 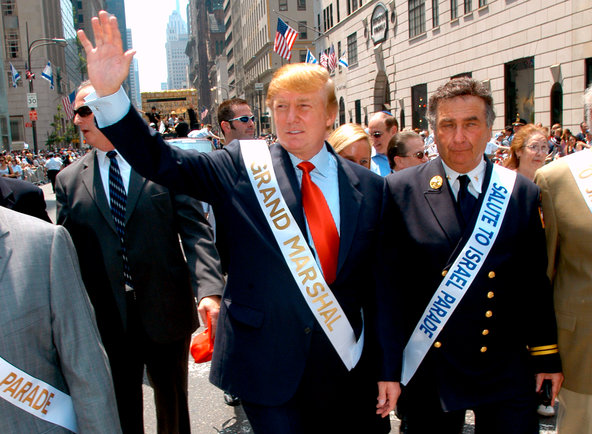 Israel will be front and center in the 2016 presidential when frontrunners Donald Trump and Hillary Clinton speak at the American Israel Public Affairs Committee policy conference Monday.

U.S. Sen. Ted Cruz of Texas and Ohio Gov. John Kasich will also speak. The only presidential candidate not attending the conference is the one who is Jewish: Bernie Sanders. The Vermont senator told AIPAC in a letter that his campaign schedule in the west conflicts with the conference although he would be willing to send his written remarks.

AIPAC is considered one of the most powerful lobbying organizations in the country. The candidates will make their case about why they feel they are the best for Israel.

Trump is on the defense after he was attacked by GOP competitors for his past words about Israel.

"On Israel, Donald has said he wants to be neutral between Israel and the Palestinians," Cruz said at the GOP debate at the University of Miami. "As president, I will not be neutral."

Trump did make that statement during an MSNBC town hall in February. He has repeatedly said that in order to be an effective negotiator he believes he must approach the two sides with neutrality. But Cruz omitted Trump’s comments and actions that have shown support for Israel, including that he endorsed Israeli Prime Minister Benjamin Netanyahu and was the grand marshal of the Salute to Israel parade in New York City in 2004 (see the above photo). PolitiFact rated Cruz’s statement Half True.

Marco Rubio, before he dropped out of the race, lobbed similar attacks on Trump as did a PAC supporting Rubio.

A group of rabbis and Jewish leaders called “Come Together Against Hate” is expected to protest Trump’s speech -- some plan to stand up before he speaks and silently leave the room.

"We denounce in the strongest possible terms the bigotry, racism, xenophobia, and misogyny expressed by Mr. Trump, and violence promoted by him, at various points throughout his campaign..." states a press release from the group. “Our goal is not to disrupt the proceedings or to offend any of our fellow conference attendees. Our hope is to shine a moral light on the darkness that has enveloped Mr. Trump’s campaign."

The AIPAC audience will want to hear the candidates’ views on the Iran nuclear deal.Clinton backed the deal and has talked up her role as Secretary of State ushering in sanctions. Cruz has spoken harshly about the deal while Trump called it “horrendous.” Kasich signed a letter to President Barack Obama from 15 governors opposing the deal in September but in the Jan. 28 debate signaled he wouldn’t immediately scrap it.

Trump’s AIPAC speech will be another chance for him to present himself to a large Jewish audience after his speech to the Republican Jewish Coalition in December was criticized for his stereotypes about Jews.

"I don't want your money, therefore you're probably not going to support me," Trump said. "Because stupidly, you want to give money. Trump doesn't want money. Even though he's better than all these guys... even though he's going to do more for Israel than anybody else."

Israel was not the top issue for Jewish voters leading up to the 2012 presidential election, according to a survey done by the Public Religion Research Institute.

The economy was the most important issue for Jewish voters followed by the growing gap between rich and poor, health care, the federal deficit and then Israel tied for fifth along with national security.