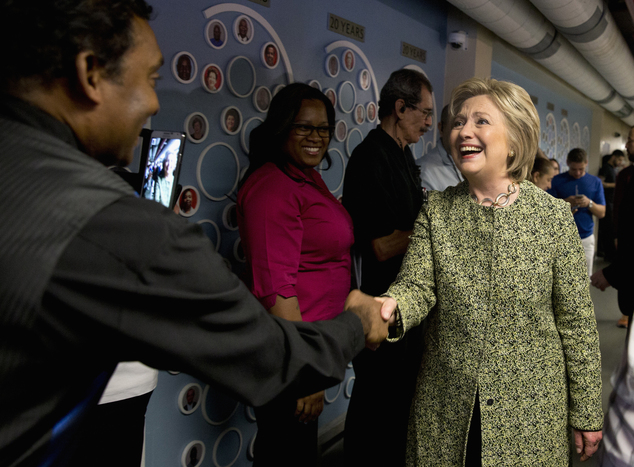 Hillary Clinton stopped by the upscale Fountainbleau Hotel in Miami Beach to chat with cooks and housekeepers this morning.

Clinton stayed at the Fountainbleau for the GOP convention in 1968 which was the first time she ever had room service, according to her book Living History.

At one point she said to the workers, "I just want to thank you for all you do everyday."

Clinton held a rally in Tampa later in the day where she took aim at Republican Gov. Rick Scott for his administration's directive to avoid using the term "climate change."