How much tax relief did the Florida Legislature deliver in 2016? 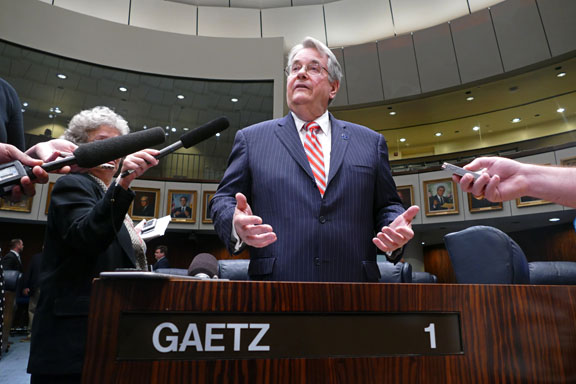 The Florida Legislature and Gov. Rick Scott didn’t see eye-to-eye on much during the 2016 session, but they both acknowledged education spending should go up. Even then, however, they couldn’t agree on how to do it.

Scott wanted to pay for it almost entirely by increasing a share of property taxes known as the Required Local Effort. Legislators balked at that idea, especially in the Senate, because they didn’t want homeowners to bear most of the burden by paying more in taxes.

After several rounds of negotiation, the House and Senate settled on a solution of reducing the rate of property taxes and supplementing spending with more money from state coffers. They passed their compromise as part of the overall budget on March 11, 2016.

"You can go home and say that under President (Andy) Gardiner, we were able to provide $428 million worth of property tax relief," Sen. Don Gaetz, R-Niceville, said on the Senate floor.

That’s a hefty tax break while boosting the education budget by almost half a billion dollars. We wondered whether the math added up the way Gaetz and other lawmakers said it did. It turns out the state did chip in an extra $428 million to keep property tax bills from going up, but it’s a pretty wonky process.