It's Florida or bust for Marco Rubio 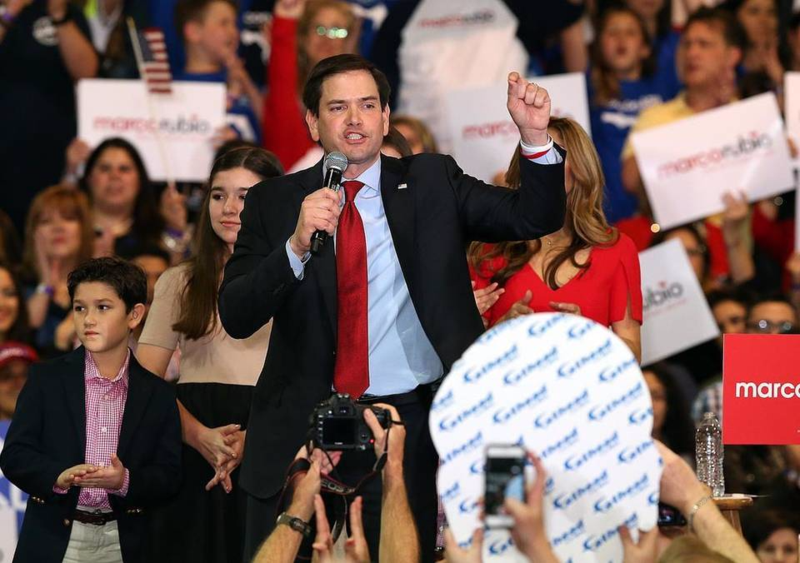 He hadn’t won a single primary or caucus, at least not yet, Super Tuesday. And so his Election Night speech focused instead of the big, looming primary in two weeks.

The raucous crowd, perhaps unaware of all the results, cheered excitedly. Rubio stood next to his photogenic wife, Jeanette, and their four children. “Stop Insanity — Vote Rubio” read a large sign nearby.

Protesters interrupted Rubio twice before being escorted out. One group held a sign accusing Rubio, a Cuban American, of having “betrayed” his community.

“The world is growing more dangerous — and apparently, so is this rally,” Rubio quipped.

Rubio boasted about taking on undisputed Republican leader Donald Trump — an effort that risked being too little, too late.

“Just five days ago we began to unmask the true nature of the front-runner so far in this race,” Rubio said. “He loves to talk about polls — we have seen in state after state his numbers coming down and our numbers are going up,” though he didn’t specify exactly where.