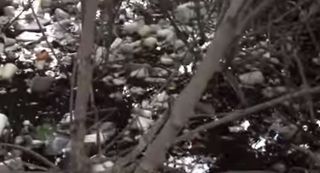 Local governments that want to put a stop to the ubiquitous styrofoam trash found on Florida's beaches and waterways would be prevented from imposing a ban under a bill poised for passage before Florida lawmakers.

The measure, added to a broad agriculture department bill, HB 7007, is being pushed by retailers like Publix, which relies on Styrofoam trays for everything from raw meat to repackaged fruits and vegetables.

The Florida Senate approved two minor amendments to the House bill on Tuesday and the measure is poised for passage in both chambers in the final days of the legislative session.

If approved, it would allow seven South Florida cities that have adopted bans before January 2016 to keep them in place but communities -- like Coral Gables and Orlando -- which adopted bans this year or are in the process of adopting bans would have their measures reversed.

According to the Surfrider Foundation, which works to protects beaches, eight states and the District of Columbia allow local governments to regulate polystyrene containers. Only the State of Maine has imposed a statewide ban.

The Florida bill requires the Florida Department of Environmental Protection, which does not currently regulate polystyrene containers,  to conduct a study about whether regulation of plastic bags and foam trays is needed but, until then, any new regulation would be prohibited.

Retailers "were concerned about having differing regulations across municipal and county lines, depending on who is regulating it,'' said Rep. Jake Raburn, R-Valrico, sponsor of the bill.

But the League of Cities opposes the measure as an attempt to prevent local governments from responding to their concerns of their communities.

"This is not a situation where you've got a state regulatory regime that is adequately regulating these products and in that vacuum you have local governments that are stepping up to the plate in response to the outrage of their own constituents that have to deal with these materials on their beaches and public parks,'' said Rebecca O'Hara, lobbyist for the Florida League of Cities.

Raburn said he has seen the pictures of polystyrene products clogging waterways but he believes it is not retailers' problem, "it's a people problem."

"It's unfortunate that people put us in a situation where we do that have that in the water,'' he said. "But just like drugs are illegal but people still do drugs. Just by banning Styrofoam you can't fix a people problem."

Miami Beach was the first community in Florida to pass a local ordinance and in 2014 banned Styrofoam products on beaches and in parks and sidewalk cafes. It has since expanded that ordinance to apply to all foam containers, except for those used with raw meat.

Rep. David Richardson, D-Miami Beach, who has filed legislation to conduct a pilot program to remove the statewide pre-emption on plastic bag bans, said that while he supports the carve out for his community in Raburn bill, it is not enough. He produced a YouTube video to urge people to oppose the pre-emption bill.

"The lobbyist for Publix told me they liked me and they were going to make sure Miami Beach was carved out of it,'' Richardson said. "I said I appreciate you taking care of Miami Beach but what about the rest of the state?"

Raburn said another reason for the legislation was to avoid food borne illnesses since Styrofoam is considered a "very safe product" for sale of meats and bakery items.

"We didn't want to take that off the table as an option to make sure we keep food safe,'' he said. Here's the Richardson video: