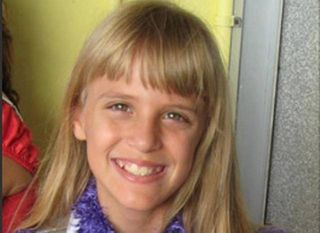 For the second year in a row, the Florida Legislature is poised to finish a session without awarding any of the legal damages owed to the surviving victim of one of the most horrific child abuse cases in state history.

Victor Barahona, the surviving twin brother of Nubia Barahona, was found near death and covered with pesticides alongside his sister’s decomposing body on Interstate 95 in Palm Beach County in 2011. They were 10 years old.

The twins had been sexually abused, starved and forced to sleep in a bathtub for years by the foster parents who adopted them, Jorge and Carmen Barahona. They were ordered to eat cockroaches and consume food that contained feces and, despite numerous complaints to the child abuse hotline and warnings from teachers, the state failed to stop their parents from routinely beating and binding them inside their West Miami-Dade home.

A report commissioned by David Wilkins, then secretary of the Department of Children and Families, found that the agency’s "failure in common sense, critical thinking, ownership, follow-through, and timely and accurate information-sharing" defined the care of Nubia and Victor.

In 2013, the agency conceded it was at fault and agreed to pay Victor $5 million to settle a lawsuit filed on Victor’s behalf. The department said it would pay $1.25 million to Victor immediately, money from a risk-management fund used to cover liability. But the agency can't pay the rest without legislative approval of a "claim bill."

Under state sovereign immunity laws, the state is shielded from having to pay more than $200,000 when it injures someone, unless the Legislature agrees to lift the cap and authorize the payment. But because of a decision by Senate leadership, the Legislature won’t pay the Barahona bill and, potentially, a host of other claim bills even though the state is at fault.

Senate President Andy Gardiner, R-Orlando, “does not have a philosophical objection to claims bills,” said Katie Betta, Senate spokeswoman. But there is no money in the budget for claims against the state, she said.

In the Barahona case, Victor has “received $1.25 million in state funds, while [his] attorneys have also settled with other actors involved in the case for an undisclosed sum,” she said in a statement. “President Gardiner believes those funds should made available to the claimants by their attorneys, so they can be used for needed services while the remaining claim for $3.75 million moves through the legislative process.”

Despite the lack of money in the state budget, Victor’s claim bill, SB 48, sponsored by Sen. Anitere Flores, R-Miami, won unanimous approval in two Senate committees. But a companion measure, HB 3529, by Rep. Jose Felix Diaz, R-Miami, never got a hearing in the House.

Meanwhile, Victor, now 15 and living with relatives in Texas, continues to be haunted by the horrific trauma he endured and is in need of counseling and treatment, according to a report by a psychologist hired to diagnose his condition as part of the lawsuit.

Victor’s relatives often find him "gasping for air in the middle of the night,’’ according to a report written by Thomas Cibula, the Senate lawyer assigned to review the case.

He has “nightmares about bags being placed over his head. Unusual smells tend to trigger memories of abuse,” Cibula wrote. He might suddenly tell his aunt and uncle: “ 'I can’t stay here, it reminds me of the chemicals in the truck,' or 'it reminds me of what [Nubia’s] body smelled like after she died.’’’

Cibula concluded "the department and others breached their duties" to Victor and his sister, Nubia. and the Senate should authorize DCF to pay Victor.  Download Barahona special masters report

"No amount of money can compensate for the pain and suffering that survivor and victim endured,'' he wrote. "However, the $5 million settlement by the department in this matter is not excessive compared to jury verdicts in similar cases."

Lee said he would decide late Tuesday whether to add the Barahona bill and others to a final meeting of the Appropriations Committee — if it meets on Thursday.

Though he did not mention there is no money in the budget to pay for the Barahona case damages, he added that “it's hard to break the seal on some of the claim bills and not do all of them.”

Part of the objection to claim bills is the fact that some cases advance because they have hired lawyers and lobbyists while other victims do not, leaving the perception that there is unequal handling of the cases.

According to the Senate report, Miami attorney Neal Roth, who filed the lawsuit, would be paid $1.25 million from the settlement. Diaz said that he understands why legislators like Lee oppose claim bills that allow lawyers and lobbyists to reap the proceeds of the case but, Diaz argues, there should be exceptions.

"I think there are times when the Legislature should make exceptions when the state really messed up,'' he said. "I think the Department of Children and Families conceded they made mistakes and things should have been treated differently and if it were not for these mistakes, maybe Nubia would still be around today."

House Speaker Steve Crisafulli told the Herald/Times he is not philosophically opposed to advancing claim bills but was not willing to push them in the House if they were never going to clear the Senate.

Flores, who blames the House for not advancing the bill, believes the Legislature’s approach is unfair to victims already abused once by the state.

"To me, this is not an issue we should be negotiating over,’’ she said. “This is a horrible situation where the state admitted its wrongdoing. Can we just do something to make the brother's life whole again?”

She noted that the bill to allow DCF to pay Victor has moved it through two committees "we've had unanimous votes, even from people who normally vote against claim bills...because the facts are so moving.”

Posted by Mary Ellen Klas on Tuesday, Mar. 1, 2016 at 7:12 PM in 2016 Florida Legislature, Department of Children and Families | Permalink