« Florida Sen. Tom Lee not certain to run for re-election | Main | Donald Trump returns to South Florida ahead of primary » 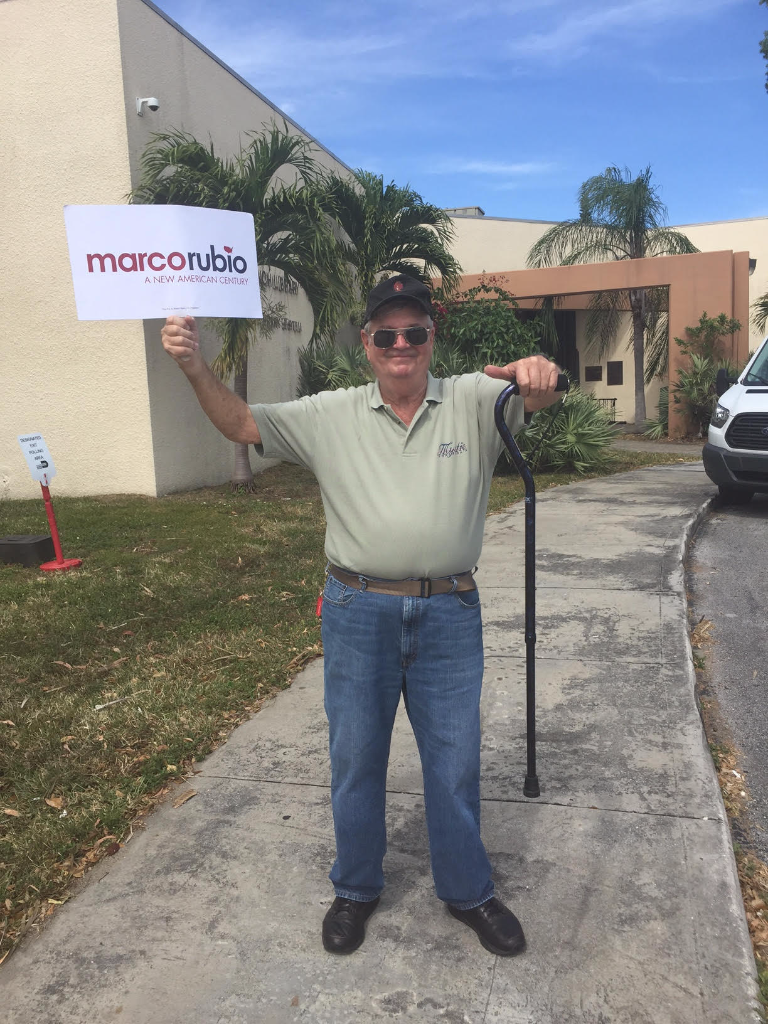 Everett Sutton wants to make clear that he does not often sit in an aluminum chair when he greets arrivals at an early-voting site, day after day, for Marco Rubio.

“I’ve got one if I need it, but I stand and talk to virtually every person who walks into the polls,” Sutton said Friday.

“Let me tell you what this election is about for me,” said the Florida senator, whose must-win, home-state primary could be his last stand.

“On Tuesday night, I didn’t do as well, obviously, as I wanted to. And I was a little disappointed when I got home. And my wife told me a story that night, which is the reason why I can get up the next day and keep fighting. There’s a gentleman here in South Florida who just got out of surgery. And his doctors told him he needs to be home resting. But every afternoon, he takes his little aluminum chair and he sits outside of an early polling center and holds a sign that says ‘Marco Rubio.’

“Because for him, I symbolize all the sacrifices that his generation made so their children could have a better life than themselves. That gentleman has not given up on me and I am not going to give up on him.”

Sutton watched the debate — “Of course I did” — and went back to his post at the Coral Reef Branch Library on Friday morning without realizing his brief brush with political fame. Then a Rubio aide came by to offer thanks for his dedication, explaining Sutton was the man Rubio had mentioned.

“I was very flattered,” said Sutton, a 69-year-old father of four from Pinecrest. He goes to the same church as Rubio — St. Louis in Pinecrest — and has seen him but never met him, he said.