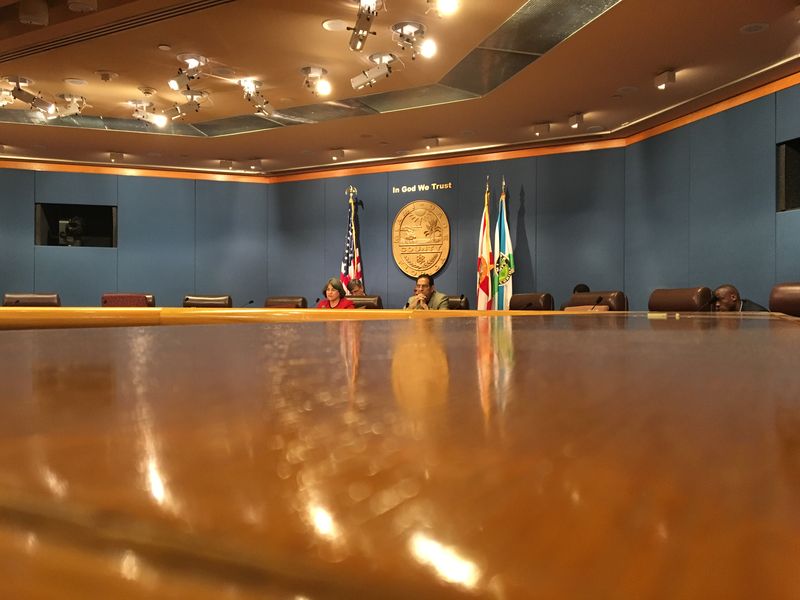 Want to draw a crowd of Miami-Dade commissioners? Don’t convene a public meeting on requiring them to disclose fund-raising for political action committees.

It was lonely on the commission dais Monday afternoon when 11 of the 13 commissioners skipped a workshop scheduled to address a flurry of questions and objections many of them raised over proposed legislation to require disclosure when elected officials raise money for political committees. Sponsor Daniella Levine Cava convened the workshop, and only one other commissioner, Xavier Suarez, joined her. The two listened to comments from members of the public, who all supported the ordinance and outnumbered elected officials by a 4-1 ratio.

“I want to thank everybody who has taken the time out of your business lives to be present for this important workshop,” Levine Cava said at the end of the 90-minute meeting that featured an elections-law expert who flew in from Tallahassee. “I want to especially thank my colleague, Xavier Suarez, for being with us the whole time.”

At issue is a proposed Miami-Dade law that would require county and city officials to disclose when they raise money for political committees, including those that serve as auxiliary election war chests in local races.