« Rick Scott isn't picking a side in Florida U.S. Senate race that includes his No. 2 | Main | Bernie Sanders' campaign to open Miami office »

Miami-Dade superintendent: Coding and foreign language are not interchangeable 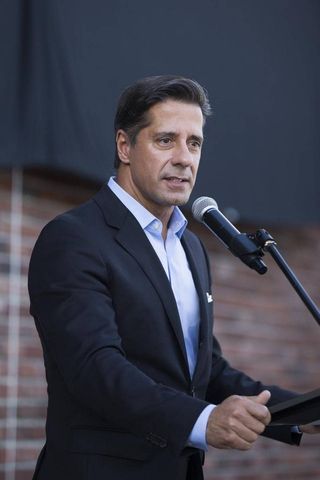 Miami-Dade Public Schools Superintendent Alberto Carvalho said again Tuesday that lawmakers should not equate the two, and he said he fears for the implications the policy decision could have on students' future opportunities -- such as their ability to apply for scholarships, college or even competitive jobs in a global workforce.

Margate Democratic Sen. Jeremy Ring, a former Yahoo executive, has spearhead the legislation. He argues that technology is a "basic skill" students need to have and that allowing computer coding as a foreign language would better prepare students for high-demand careers.

On the Senate floor, Ring said he believed a person who knows computer coding is "bilingual."

But the proposal has many opponents, ranging from civil rights organizations to some school and district administrators, like Carvalho.

"If you're going to consider computer science as a language -- a foreign language, not just a language -- why not consider music? You can write it, you can read it, it's been around for millenia, right?" Carvalho quipped. "They're different forms of communication and expression, but they're not interchangeable."

Ring pushes back on such criticism.

"We don't need music for everything we do in life; we need technology," Ring said Tuesday. "I'm truly trying to change the thought of technology learning to make people understand: It's really a basic skill -- a liberal arts, not a math or science elective. It's so far beyond that."

But Carvalho said foreign language is a vital skill, as well, particularly in the global economy and in metropolitan areas, like Miami, that intersect with it.

"From an economic perspective, go to Brickell and speak with the CEO's who have a desire of doing business with central or southeast China," Carvalho said, referencing Miami's financial district. "They're not looking for computer scientists. They're looking for somebody who is culturally, linguistically proficient to deal with a very diverse world, and that is clear.

"If you speak Spanish or you speak Portuguese and you can negotiate, that is a skill set that is sought," he added. "Computer science is important, but not an equivalent exchange for foreign language."

The NAACP in Florida, the state chapter of the League of United Latin American Citizens and the Spanish American League Against Discrimination echo Carvalho's concerns. In a joint statement on Monday, they said lawmakers' attempt to define computer coding as a foreign language is "misleading and mischievous."

Carvalho first voiced his concerns with the proposed policy back in December.

He said Tuesday his third major concern with the legislation is that it could put students at a disadvantage. Some academic scholarships and out-of-state or private universities require foreign language courses, and they might not acknowledge computer coding as an acceptable way to fulfill that criteria.

Under Ring's bill, parents and students would have to sign a waiver acknowledging that out-of-state or private colleges and universities might not honor coding credits as a foreign language. (Florida's state college and public universities would be required to accept the credits.)

"Computer science will not cut it," Carvalho said. "So now what could happen is kids take a computer science course, sometimes they're eager to graduate, but they may be shutting themselves out of scholarship possibility."

Ring rejected this complaint, too. He said he's "happy to break the system," because requiring only two years of a foreign language is "disingenuous" and an ineffective way to truly teach children about global culture or world languages.

"Make it an immersion program" that starts in kindergarten, he said. "The system isn't effective at all. We've been doing the same thing for years and how far behind are we on this?"

It's unclear how soon the House version of Ring's bill could be taken up in the remaining two weeks of session. Ring said that the House "is hopefully moving forward with some tweaks, but conceptually the same language."

Fernandina Beach Republican Rep. Janet Adkins -- the House sponsor -- included some additional provisions in her version that aren't in the Senate's approved bill.