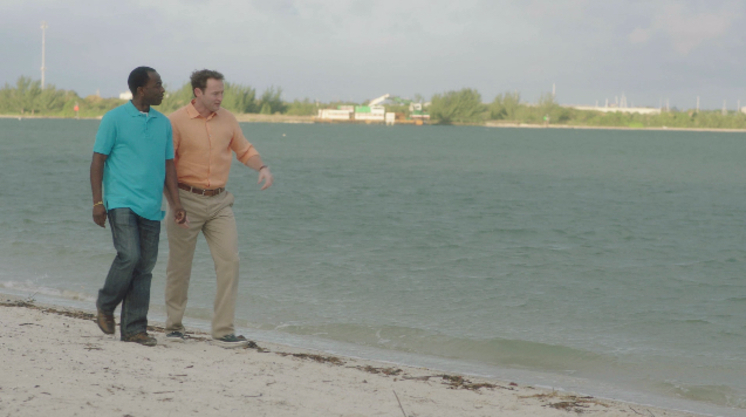 There’s Patrick Murphy strolling on a beach with a young man. They appear to be engaged in serious talk, and Murphy points to the horizon, but the video is silent.

There he is on the same beach holding a child’s hand. And another beach shot, this time with an older man and a woman, her arm locked in Murphy’s.

Now Murphy's in an orange grove with an old guy in a hat. But again, viewers have no idea what he and the man are talking about.

Murphy visits a diner. Traverses hallways. Works the phones in a darkened office. Tours a mapping business. Pops into a welding garage.

The 5 minute 42 second video posted on the Democratic U.S. Senate candidate’s campaign website isn’t for the public. It’s “b-roll” to be used by super PACs or another outside group that wants to make a positive ad on Murphy’s behalf.

This is how candidates in both parties get around the law barring direct coordination with super PACs. Murphy's tactic is notable given his public opposition to the super PAC era. He calls it “gross.”

As we reported last year:

Murphy has been endorsed by End Citizens United and has sent out fundraising emails slamming the Supreme Court decision. Yet Murphy’s wealthy father has pumped money into a Super PAC supporting his House campaigns and Murphy was propped up by the House Majority PAC.

Murphy, of course, has a super PAC on his side in the Senate race.

UPDATE: A campaign spokesman, Joshua Karp, did not answer a question about the video and how it squared with Murphy's position. In a statement, he said: "Patrick believes that we need to end the influence of big money in politics, and in the U.S. Senate that will be one of his top priorities."

The Senate Leadership Fund and America Rising, two GOP groups, cast Murphy as a hypocrite and used his b-roll to create its own ads.