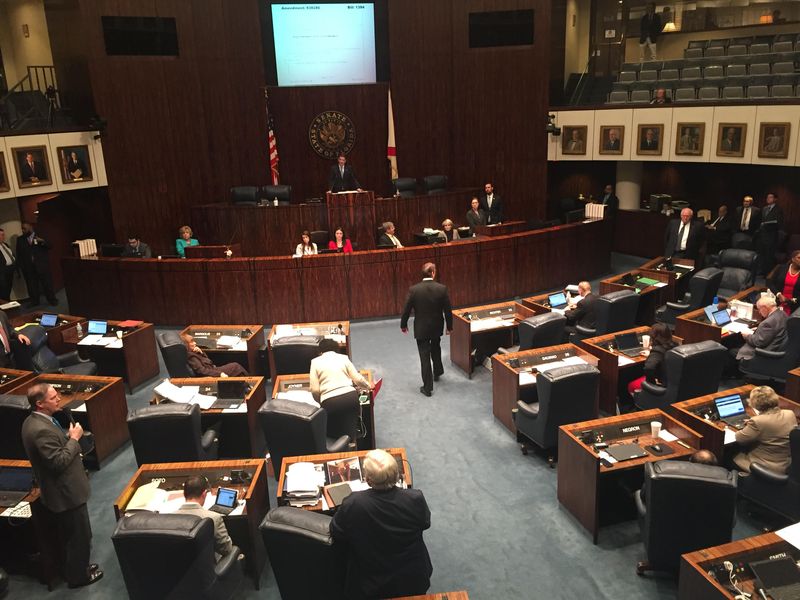 Florida senators are poised on Monday to vote on a wide-ranging education bill that includes numerous high-profile proposals -- including reforms for capital funding for traditional and charter schools, open enrollment for all Florida public school students, more accountability measures for charter schools, and immediate eligibility and recruiting penalties for 285,000 high school athletes.

A far more simple and narrow version of the bill (HB 7029) passed the House last month, but in the Senate, it was loaded up with amendments spearheaded by Sen. Don Gaetz, both in committee last week and on the floor Friday.

The version that senators will vote on Monday clocks in at 132 pages. Many of the proposals are included in bills that the Senate and House have either passed off the floor or considered in committee.

Gaetz, a Niceville Republican, on Friday added to the bill his plan for changing how traditional and charter schools receive capital funding from the state and how they can use that money.

The proposal bans charter schools from receiving capital dollars for "private enrichment," and it steers funding to charter schools that mostly serve impoverished students or those who have disabilities. School districts also could be penalized -- by losing state capital funding -- if they exceed a state-imposed cap on spending for construction and maintenance projects, unless the cost overruns were due to "extraordinary circumstances."

Gaetz's plan is a counter-proposal to a measure by Rep. Erik Fresen, R-Miami, who sought to rein in districts' "excessive" spending and change how charter schools qualify for capital dollars. The House has yet to consider Fresen's plan on the floor.

Gaetz's proposed capital funding reforms are also attached to a different wide-ranging education bill (SB 524) that the Senate postponed for the past three days of session. Indicating that bill might have stalled, Gaetz's re-writes to HB 7029 have included several duplicative policy changes that now appear in both bills.

One high-profile policy change that's not included in HB 7029: enacting in state law the "Best & Brightest" program that awards "highly effective" teachers based on their SAT/ACT scores.

Despite opposition from Republican and Democratic senators who want a floor vote on the issue, House and Senate leaders are poised to extend it another year only through budget language.

Senate Appropriations Chairman Tom Lee, R-Brandon, said Sunday "we are going to agree to fund it at some level."  The exact figure should be revealed Monday when Lee and Land O'Lakes Republican Rep. Richard Corcoran, the House appropriations chairman, announce publicly the differences they've settled in the Legislature's proposed education budget.