The education of Julie Jones: Out of retirement and into the fire as Florida's prisons chief 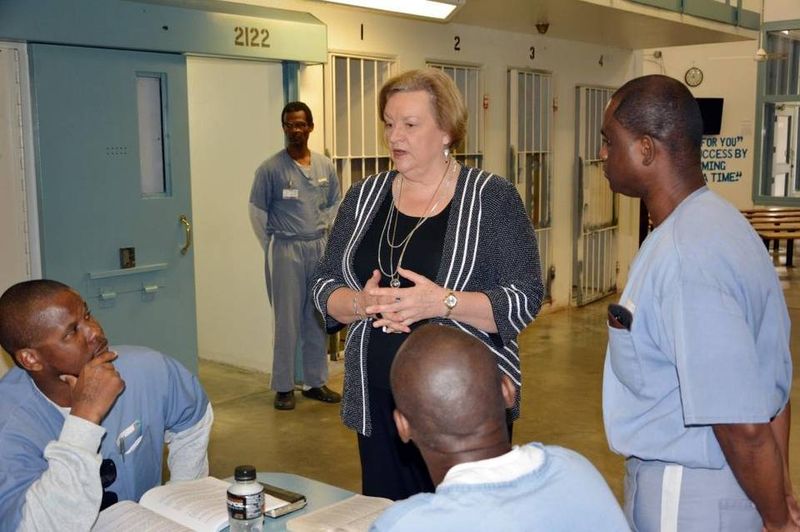 The officers descended on Franklin Correctional Institution on Jan. 3, 2016, in riot gear, armed with 12-gauge shotguns, “non-lethal” grenades and chemical agents. They launched the grenades, which propelled rubber balls at the agitated prisoners, then fired at least one shot, a rubber bullet, at inmate Frenel Romain, who had been sitting on a rail, waving his arms, daring officers to shoot him.

Other inmates were jumping around, inciting violence against the guards that spiraled in the midst of a gang war that had been escalating for days, incident logs show.

The disturbance was the most violent crisis in a Florida state prison since Secretary Julie Jones took control of the agency almost a year to the day earlier.

There were one or two officers and more than 100 inmates outside the chow hall that morning when the conflict broke out. Like most prisons in Florida, Franklin is dangerously understaffed. That same week, records show, 38 security breaches were logged in Florida prisons, ranging from missing keys and broken perimeter fences to inmate counts where prisoners couldn’t be found and officers and inmates who were attacked and injured.

During the past year, Jones has faced some of the toughest challenges of her 31 years in state government. She has been interrogated by state lawmakers, dressed down by veteran corrections officers and overwhelmed by complaints, grievances and lawsuits filed by the families of inmates who allege that prisoners have been beaten, medically neglected and mentally and sexually abused.

“There are a lot of situations, day to day, that are scary,’’ said Jones, in her most comprehensive interview with the Miami Herald since she was coaxed by Gov. Rick Scott to come out of retirement to try to right the agency’s sinking ship. Story here.