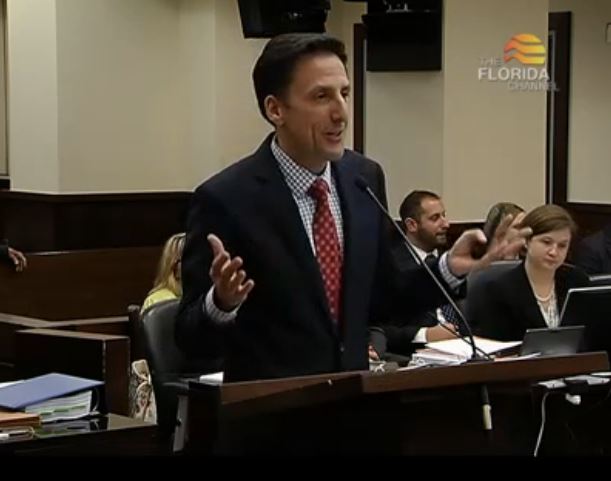 A Tallahassee judge heard opening arguments this morning in a month-long civil trial that could up-end Florida's entire education system.

Attorneys representing Citizens for Strong Schools want Leon County Circuit Court Judge George S. Reynolds III to declare that the Florida Department of Education -- and by extension, the Florida Legislature -- has failed to fulfill its constitutionally mandated "paramount duty" to provide a "high quality" education for all public school students.

A constitutional amendment in 1998 requires the state to make "adequate provision(s) ... for a uniform, efficient, safe, secure, and high quality system of free public schools."

Attorneys for the advocacy group argue the state hasn't done that, citing -- among other complaints -- the lack of parity in student achievement for minority students in Florida public schools.

But attorneys for the Department of Education and the Legislature counter that, while there's still more work to be done, Florida's education system has come a long way in the past 20 years.

The two sides started laying out their arguments today in the non-jury trial, which is expected to last five weeks and include expert witnesses such as current Education Commissioner Pam Stewart.

Chonin pointed to testing data for the state's FCAT 2.0 exam, which was last administered in 2014 and since replaced by the Florida Standards Assessments. He illustrated achievement gaps showing that blacks, Hispanics and impoverished students consistently earned lower test scores than white students or those not eligible for free and reduced-price lunch.

He also blasted lawmakers for a 1970s-era funding model that, he argued, was never re-assessed to analyze what actual resources -- and at what cost -- would be needed to guarantee "high quality" public education.

Chonin argued that some districts, such as Miami-Dade County, have had to resort to local bond measures or local sales tax to better fund their county schools, in absence of adequate operational and capital funding by the state.

"You have the state not looking at how much is needed, you have a political battle every year of how much money and how much did we raise," Chonin said, "and everything is determined by whatever revenue is raised, without any thought to what really is needed in order for, once and for all, to turn this system around and get all of our kids educated and give them all an opportunity to succeed in life."

"It turns out that it's not equitable and it's not reliable," he added.

In his opening arguments, Rocco Testani -- lead defense attorney for the Department of Education and the Legislature -- accused Citizens for Strong Schools of wanting to "dismantle" Florida's education system, including its accountability measures.

While Chonin pointed to state testing data, Testani showed Florida's improved rankings across-the-board on the National Assessment of Educational Progress, a nationwide exam given to a sampling of students in each state every two years.

"This notion that there hasn't been improvement is just wrong," Testani said. "Gaps are closing, all students are performing at a higher level and that's exactly what the system should be designed to do."

He said the plaintiffs want "a tried and failed approach of more money and less accountability" and that Florida's funding mechanism, although four decades old, "is one of the best out there in the country and it's been revised over time to keep up with the times."

Testani also argued that some of the complaints aired by the advocacy group would be better directed at local school boards, since they're responsible -- under the Florida Constitution -- for educating the state's children.

"The Department of Education does not do that," Testani said, arguing that districts are in charge of decisions such as local taxation, the hiring and placement of teachers and principals, and the approval of charter schools.

"It's important to keep in mind ... whose responsibility is that," he said. "When we hear about highly qualified teachers not being assigned to low-poverty schools, well, who's to blame for that? School districts make those decisions -- and they do it with their unions, by the way."

He argued that if county school board members -- with voter approval -- exercised their full capacity to increase local taxes and better fund education, there could have been an extra $3.8 billion available last school year statewide for operational funds and another $1 billion available in capital funds.

The trial stems from a lawsuit against the Florida Department of Education that started in 2009. It's been delayed multiple times because of procedural motions. It's expected to conclude in mid-April.

Source: Rocco Testani, lead defense attorney for the Florida Department of Education and the Legislature, delivers opening arguments Monday, March 14, 2016, in a lawsuit challenging the constitutionality of Florida's education system in Leon County Circuit Court in Tallahassee. The Florida Channel.