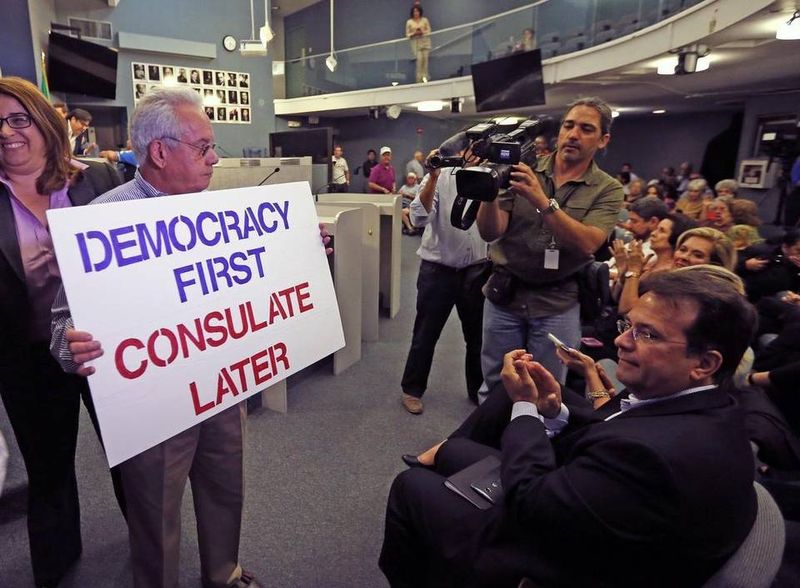 Miami Beach Mayor Philip Levine says he supports the idea of a Cuban consulate in his city because he wants the Beach's policy toward Cuba to mirror the Obama administration's policy of engagement with the island nation.

When Commissioner Michael Grieco proposed a resolution reaffirming the city's longstanding opposition to having any relations with the Cuban government, Levine called it a politically opportunistic move and said Grieco wants to court Cuban voters for a future bid for Miami Beach mayor.

The debate is set for Wednesday's City Commission meeting.