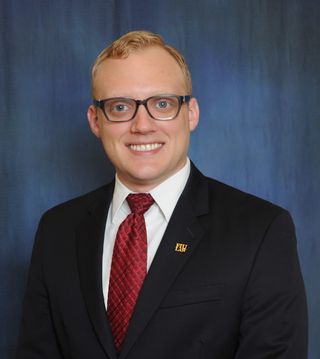 A 30-year-old graduate of Florida International University's law school is joining the fray of a competitive state Senate race in Miami-Dade County.

Horton and Korge will now face-off first, though, in the Aug. 30 party primary. As it stands, the winner will challenge Flores in the November general election. Sheila Lucas George has also filed as an independent candidate in the race.

District 39 spans western and southern Miami-Dade County and Monroe County, including the Florida Keys and Horton's alma mater of FIU.

Horton's credentials include serving as president of the FIU College of Law student body and various accolades for his community service work. Among them, he was named the Greater Miami Chamber of Commerce's 2016 Most Valuable Graduate and last year, he received the American Law Institute’s Scholarship and Leadership Award.

The north Georgia native moved to South Florida in 2011 to attend FIU. Recently, he became a founding board member of the newly formed Progressive Democratic Caucus of Miami-Dade.

“The people of District 39 deserve to have a representative that is a hard-working and dedicated member of their community,” Horton said in his announcement. “For too long, many South Florida politicians have practiced lip service rather than public service. The people of South Florida are tired of electing politicians that only serve big corporate interests and their own ego.”