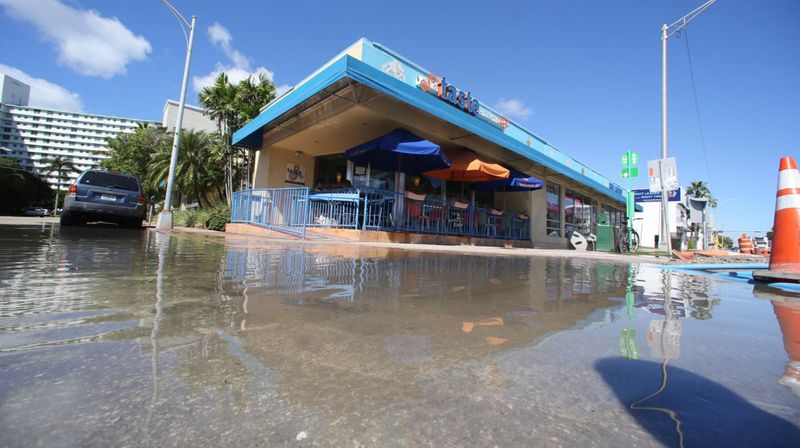 The Obama administration's Clean Power Plan that State Attorney General Pam Bondi said would "trample our state's rights" when she joined 23 other states last October to fight it has some new admirers: seven Florida cities.

On Friday, cities including Miami, Miami Beach, Coral Gables, Pinecrest, Cutler Bay and West Palm Beach, cut ranks and filed an amicus brief in federal court in Washington, D.C. supporting the plan to cut carbon by 2030. The plan is an attempt to head off some of the worst effects of climate change, which in Florida include increased flooding and more severe hurricanes. Last month, the U.S. Supreme Court put the plan on hold while the federal appeals court sorts out some complicated, and critics say unprecedented, legal issues.

Friday's brief was signed by more than 50 cities and governments from 28 states as well as the League of Cities and U.S. Conference of Mayors and highlights the increasing bipartisan support for battling climate change.

“Supporting the administration’s Clean Power Plan efforts is not just the right thing to do, but necessary for Miamians,” the city's newest commissioner, Ken Russell, said in a statement.

With so much of its border exposed to flooding from sea rise, Florida often gets dubbed ground zero for climate change. Recent studies found the state, if it continues to grow, will have more people and property at risk under current worst case conditions than any other state. Yet, its capital has done little to prepare. Water laws passed this year loosened restrictions on consumption and, after the Environmental Protection Agency unveiled the carbon plan last year, Bondi complained the agency had no legal authority to set restrictions.

But local governments, including Miami-Dade County which appointed a Chief Resiliency Officer last year, say flooding, threats to drinking water supplies and aging infrastructure have become urgent concerns that trump any political differences. Another sure sign of the shrinking divide: the Greater Miami Chamber of Commerce hosted a sea rise summit Friday.

"Elected officials in this region have a found a way to leave that toxic discussion someplace else," resiliency chief Jim Murley told the group gathered in a downtown ballroom.

"We now know irrefutably that the science is quite clear," said Irela Bague, chair of the chamber's Sustainability, Environment & Energy Committee. "South Florida has a responsibility to plan."