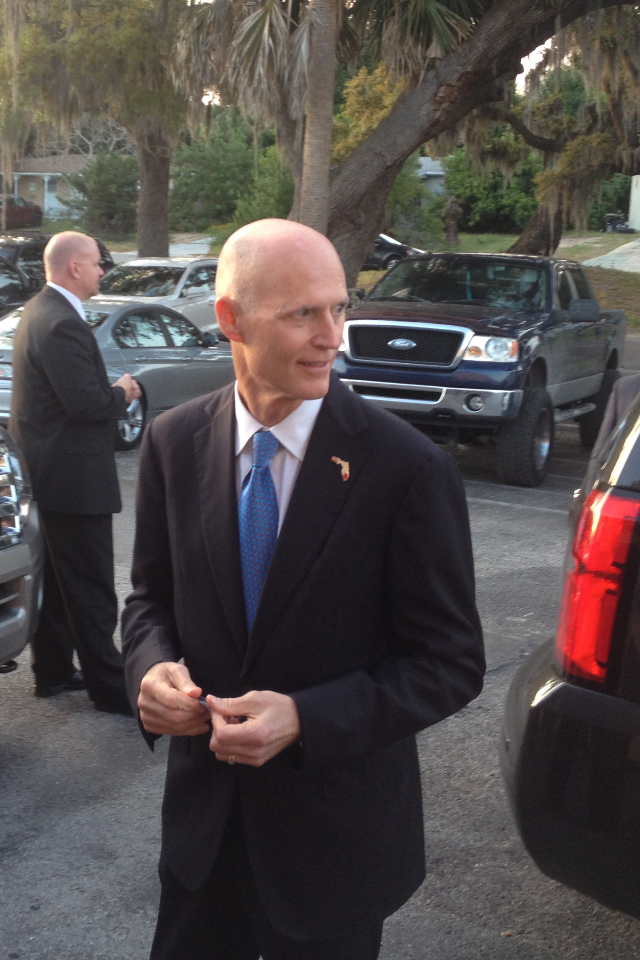 As Donald Trump was scoring a big win in the New York primary on Tuesday night, Gov. Rick Scott was once again calling on Republicans in Florida to rally around him.

Speaking to more than 400 Republicans at the Pasco County Republican Party's Ronald Reagan Dinner on Tuesday night, Scott said after the primary season is sorted out, GOP voters have to come back together to assure a Republican is in the White House to advance conservative principles.

"So we need to support the Republican nominee," Scott said at the dinner in New Port Richey.

After his approximately 17 minute speech, Scott told the Times/Herald that he thinks Republicans will unite in time for the general election because there is a clear contrast with either Hillary Clinton or Bernie Sanders.

"If we want to win in November, we better rally behind him," Scott said of Trump.

It's a similar to the message Scott posted on Facebook in March after Trump won Florida's presidential primary.