« It's Miami-Dade vs. Hendry in aftermath of GOP delegate selection | Main | Another Florida Senate candidate weighs in on Carnival's Cuba trip » 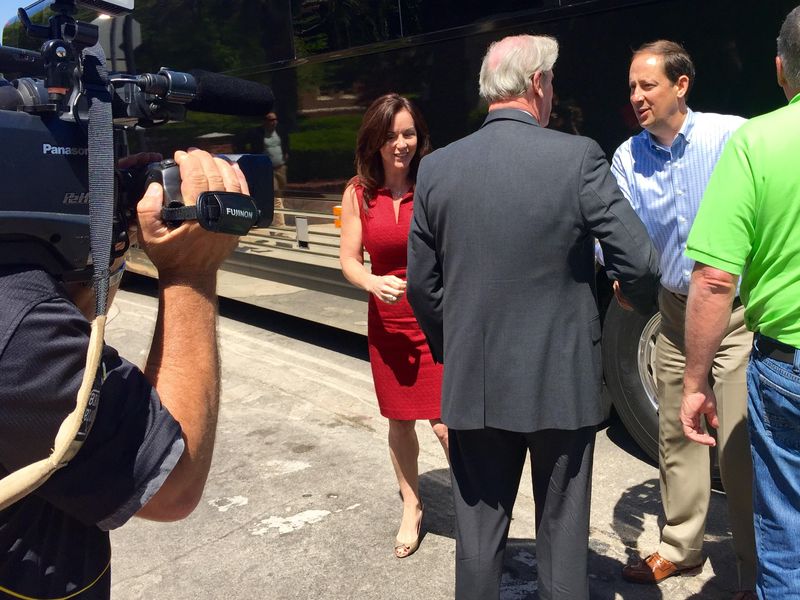 The disparities between Tallahassee's two public state universities were on sharp display on Monday, during the first day of Joe Negron's whirlwind four-day tour of the State University System.

Negron, the incoming Florida Senate president, wants to assess the needs of each of Florida's 12 public universities and look for ways to boost higher education funding, resources and facilities -- a top priority for the Stuart Republican who is due to take over the Legislature's upper chamber in November.

As history has shown and as Negron's tour highlighted, the needs of both Florida State University and Florida A&M University are vastly different.

At FSU, Negron and the four other senators who joined him in Tallahassee heard from several star students: Dual majors, Bright Futures scholars, doctoral standouts. None of whom said they or their classmates worried about paying for college or feared having to drop out because they couldn't afford it.

FSU President John Thrasher and university administrators ended the visit, set in a polished, modern-style conference room, by laying out a request for $113 million in capital aid that they want from the state to finish off three signature projects.

Barely a mile away at FAMU -- one of the state's historically black colleges and universities -- senators were taken on a 45-minute walking tour that included an example of a decades-old classroom they want to upgrade that sits just down the hall from a new computer lab, of which administrators say they are in dire need of more.

President Elmira Magnum emphasized that many of her university's students come from households that earn $40,000 or less. Her request for lawmakers: Expand need-based funding and open grant and scholarship programs to include summer enrollment, which can help students graduate faster while saving money. She also asked for more funding for faculty salaries and to modernize dorms and other aging facilities.

The FAMU students who spoke to the senators -- a mix of both scholars and more average students -- were in full agreement: The main reason their peers don't finish at FAMU is because they can't afford it. Several said they have to work, sometimes full-time, in order to pay for school or to help their families at home.

Environmental services sophomore Demarcus Robinson said he might have to go back his home in Atlanta to complete school, because he has an outstanding balance for this semester and doesn't know how he'd pay for next year.

The contrast between the two universities resonated with the senators. 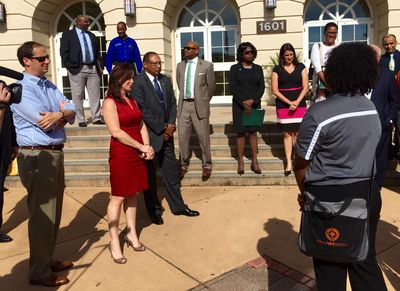 "I'm glad that we did Florida State and FAM back to back so you can exactly see the difference," said Sen. Oscar Braynon, D-Miami Gardens, the incoming Senate Democratic leader who plans to join Negron on five of his 12 university tours this week.

"When we talk about putting more money towards (something), we have to understand why," Braynon said. "These are kids that have full-time jobs and full-time school and are still dropping out."

Negron said he was touched by the personal stories he heard from the FAMU students, particularly Robinson's.

"I want to do what I can to see that he can come back," Negron said. "I think we'll figure something out. I have a heart for the young man and want him to complete his university education. Between the university and, perhaps, anonymous philanthropy that exists, perhaps we can get him back."

Negron began his four-day statewide tour on Monday first with a visit to the University of West Florida in Pensacola. Each scheduled stop on the tour lasts about 90 minutes and includes a blend of campus tours and discussions with university administrators, professors and students.

Negron was joined in his Tallahassee stops by Sens. Anitere Flores, R-Miami, and Lizbeth Benacquisto, R-Fort Myers. The trio arrived with staff on a large, black, unmarked tour bus, escorted by a black SUV.

The tour stops provided some insights into how Negron might accomplish his goals of strengthening and better funding higher education in Florida during his upcoming two-year term as Senate president.

For instance, Negron suggested a potential incentive to help students save money and graduate in time by "treating 12 credits and 15 credits the same, financially."

"I don't know if we should let kids take 12 credits (a semester) and take five or six years to graduate, especially if the university is paying for it," Negron said.

He also talked about increasing funding for a variety of areas in higher education, in line with his $1 billion pledge in December.

"What we're learning after two stops is that there are buildings that need to be replaced, we need to have money to recruit and retain the very best faculty and (we need) to make sure that students of all economic backgrounds can attend the university to which they're accepted," Negron said after his FSU visit.

He said that increased funding can be done without hiking up student tuition.

Negron said he wants to use "revenues that the Legislature has available to it." He elaborated later that that will be up to budget committees to decide in the 2017 legislative session.

He vowed that the chairmen he appoints in November "will be very committed to intensive budget review, and go through the entire budget and look at priorities that may have been important 10-15 years ago but have outlived their usefulness, so we can redeploy money to current priorities -- which, for me, is our universities."

Senate spokeswoman Katie Betta said Benacquisto and Flores planned to join Negron for the full tour, and other senators would join them across the state for one or multiple stops. The tour wraps up Thursday in South Florida.