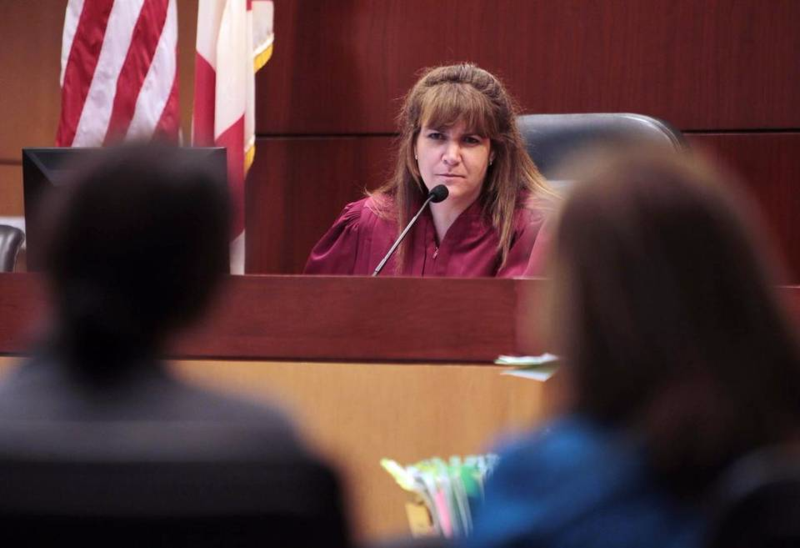 A Miami-Dade judge faces possible suspension after launching a profanity-laced tirade in a restaurant and appearing so drunk in her own courtroom that she was yanked from the bench.

“You are a f---ing idiot, you don’t know who I am,” County Judge Jacqueline Schwartz yelled at a waiter at a Miami Greek restaurant after she was refused more alcohol, according to a state investigative report released on Monday. It also quotes the judge calling police officers “pigs” when they were were summoned to the restaurant on March 18.

The investigation for the Florida Judicial Qualifications Commission on Monday recommended that Schwartz be suspended. Ultimately, the Florida Supreme Court will decide what, if any, punishment she deserves.

Her lawyer, Jeffrey Feiler, told the commission this month that she was not drunk but under the influence of a new prescription medication.

Schwartz has been on “paid medical leave” since she was sent home from the bench on March 28.

It’s the second time that a state judicial oversight board has questioned Schwartz’s behavior and salty language.

In December, the Florida Supreme Court scolded Schwartz after she told a store owner to “go f--- yourself” during a heated re-election campaign in June 2014. She was angry over an oversized campaign sign posted at the story for her opponent. She was suspended for 30 days and had to pay a $10,000 fine.