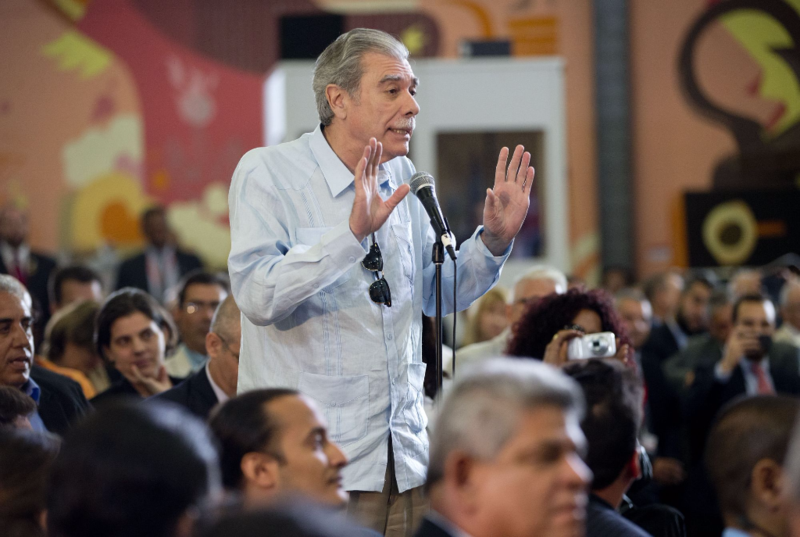 Opening a new front in their political push for closer U.S.-Cuba ties, proponents of Cuba engagement are taking to the medium that for decades has voiced the most strident opposition to their cause: Miami's Spanish-language radio.

The hour-long paid program will debut Tuesday on WQBA-AM (1140), a local station owned by media giant Univision. For its inaugural show, CUBAHORA -- a play on words that translates to "Cuba Now" or "Cuba Hour" -- will feature an interview with former U.S. Secretary Carlos Gutierrez, a Cuban-American Republican who favors normalized relations with the island. Though the program is paid advertising, Tuesday's interviewers will be WQBA anchor José Alfonso Almora, a trusted voice among listeners.

Lengthy paid programming is not unusual on Spanish-language radio, especially during election season, when candidates or their Hispanic surrogates seek to reach older Cuban-American voters who reliably cast ballots (the programs include a disclaimer). But a weekly slot to push the pro-engagement position might still surprise listeners used to anchors with a more hardline editorial bent. Notably, the program won't air on the higher-rated -- and more conservative -- Radio Mambí, WQBA's sister station and Univision's local Spanish-language flagship. (WQBA was once so focused on its Cuban-exile listeners it called itself "La Cubanísima," which loosely translates to "the very Cuban.")

The program is paid for by Cuba Now, a nonprofit group that advocates among other things for lifting the U.S. trade embargo against Cuba. Its executive director, Ric Herrero, will provide commentary alongside Almora.

Herrero said the programs "starts from the point of view that we're on a path toward normalization, we agree that openness is the best course forward, so how do we now start addressing the most pressing issues we continue to face on entrepreneurship, human rights, the role of the Cuban diaspora?"

He plans to acknowledge "the very strong differences" Cuban listeners have on those topics. But, he noted, "We're very much aware that there's an audience that's hungry for a new voice on local radio."

Cuba Now hopes to launch the program but eventually attract enough advertisers for it to survive on its own. "Our intention is not to foot the bill here forever," Herrero said.

One of the people getting the word out about the show was Coral Gables billionaire healthcare magnate Mike Fernandez, who emailed friends over the weekend asking them to let others know to tune in.

The program, he said, was created "to dispel certain misconceptions as to what is happening in Cuba today."