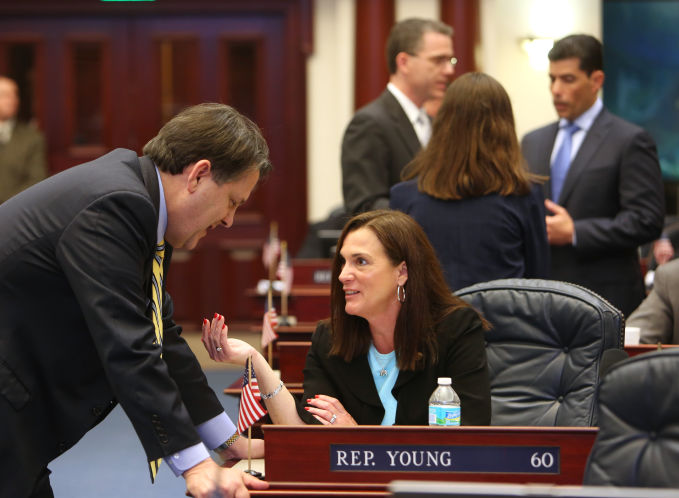 The Republican leaders announced their support for Young, a Tampa Republican, through a joint statement sent out today by the Florida Republican Senatorial Campaign Committee.

Her supporters include the next three likely Senate presidents: Sens. Joe Negron, R-Stuart, Bill Galvano, R-Bradenton, and Wilton Simpson, R-Trilby. Assuming Republicans maintain control of the chamber, Negron is due to take over as president in November, Galvano (the current Senate majority leader) is set to succeed him in 2018 and Simpson is on track to be president in 2020.

"Dana Young is a hard-working, principled leader who in the Florida House fought tirelessly against big government policies that hinder our small business and economy," Negron said in the statement. "She will be a great addition to the Florida Senate."

Young was first elected to the House in 2010, and she was one of the first women to be named majority leader in the chamber.

So far, she faces no opponents in the District 18 race. But the South Tampa district has the potential to be competitive. In 2012, it went 50.6 percent to 49.4 percent for Barack Obama.