« FBI tapes provide evidence of corruption in Opa-locka: 'This city is run like the mob' | Main | Marco Rubio says he plans to sit out rest of GOP primary »

Ted Cruz is the GOP establishment's last hope: 'He’s still a certified loony... But he’s probably the only hope we have' 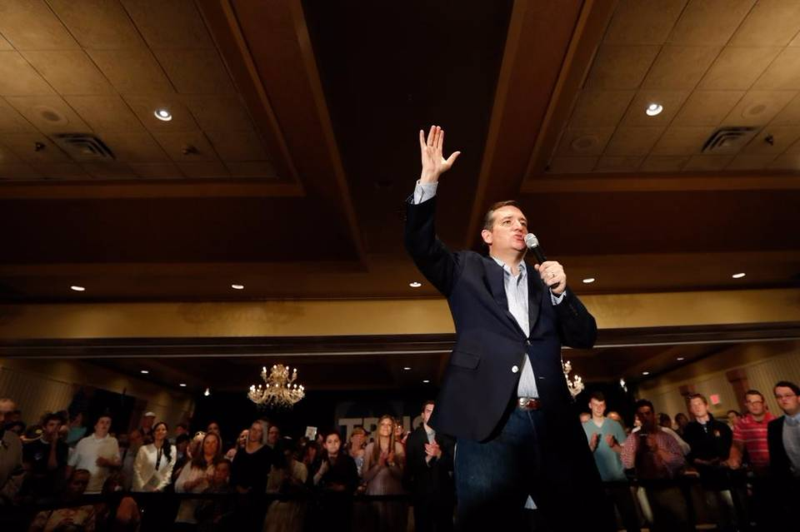 TOWSON, Maryland -- As the American Legion hall filled in, the crowd buzzed over the unusual spectacle they were about to witness: A Republican presidential candidate campaigning in this deeply Democratic state.

“We count this year. It’s amazing. We count this year!” said Dave Walcher, an insurance agent from Towson, near Baltimore, who wore a black T-shirt showing Ronald Reagan dressed like a biker. Tuesday’s primary is the first Walcher, 49, can remember mattering.

Just as remarkable is the man responsible for Maryland’s competitive status: Ted Cruz.

He has prevented Donald Trump from wrapping up the nomination and stands, improbably, as the last hope of a GOP establishment that openly loathes the brash, theatrical Texan.

“If the right people don’t like you, then you’re probably the right guy,” said Steven Brosey, 54, who attended the Cruz rally Monday. “Ted Cruz understands the Constitution and has taken unpopular stands. I like that.”

Cruz, 45, was the first Republican candidate to get in the race and has done a lot of things very well, not least of which is to outlast 14 rivals.

He has stuck to his conservative message while avoiding gaffes. Early on he conspicuously avoiding tangling with Trump. His debate performances have been solid. He’s raised a surprising amount of money and poured that into a team that has used voter data to target people with tailored messages.

The result: Key victories, including Iowa, that have stymied Trump’s path to the 1,237 delegates needed for the nomination.

Distrustful of Trump’s ideological conviction, his outlandish style and potential effect on crucial down-ballot races, Republicans are slowly coming around to Cruz.

“I’m getting more comfortable with him,” said St. Petersburg developer Mel Sembler, a major GOP fundraiser and party insider who had supported Jeb Bush. Last Monday, Cruz called Sembler to ask for help. Sembler sent him a $5,400 check and offered to put the campaign in contact with other Florida donors.

“He’s still a certified loony,” said Al Hoffman, another top Florida fundraiser and Bush supporter, referring to some of Cruz’s positions, including abolishing the IRS and mass deportations. “But he’s probably the only hope we have. Anybody but Trump. Let’s hope he learns how to be a president if he can win. In my view it’s a less than 50-50 chance he would even win.”