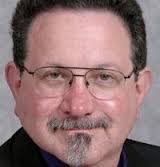 Bob Levy, a fixture in Florida's Capitol for four decades as a lobbyist for a wide array of causes, died Tuesday in Tallahassee. He was 67 and had been battling cancer.

A long-time resident of Miami Beach, Levy had deep political roots in Miami-Dade County and founded a successful lobbying firm Robert M. Levy & Associates. He lobbied for a number of cities, including Homestead, Doral and Florida City. He built a cottage industry as a consultant for scores of Miami-Dade judicial candidates and mentored dozens of young lobbyists, many of who are now elected officials or have successful lobbying practices of their own. He called them "Levites" and they were part of his "tribe."

A skillful story-teller, Levy was known for gathering people on Sundays in Tallahassee for "family dinner." He was a vodka aficionado -- particularly fond of Ketel One -- and he was the pioneer of Miami-Dade Days, an annual civic fly-in to Tallahassee, where he wore a big white apron and personally served heaping bowls of paella to hungry guests in the Capitol courtyard.

Levy called Dade Days "a way of bringing a little bit of Miami to Tallahassee."

Levy came from a "bygone era in which lobbyists cared about an issues and not just the transactional nature of the craft,'' said Susan Glickman, a lobbyist who first met Levy nearly 30 years ago.

"Bob's  altruistic nature separated him from the typical lobbyist,'' she said. "Bob Levy was a generous friend to all but most importantly he cared deeply about the many people in his path. Bob was always there with advice, humor and insight and was quick to offer help. It may seem cliche but Bob Levy never met a stranger. He always looked to help others and to connect people he cared about."

Levy was devoted to many pro bono causes such as FarmShare.

"'Lead by Example' is what your look for in a mentor,'' wrote lobbyist and business partner Cynthia Henderson, on Levy's Facebook page Tuesday "Bob Levy was the most selfless giver I've ever met and he mentored so many people 'in the process.' The world is truly a lesser place without him."

Homestead City Manager Steve Shiver called Levy "a teacher, a mentor, a brother and a friend," also on Levy's Facebook page Tuesday. "We often talked about his students and those that clamored about to get a position with his firm over the years. They were called Levites and are now scattered throughout government from Miami-Dade County to Washington, D.C. He has always embodied the true meaning of a friend."

Levy was known for his steel-trap political memory, and for his personal calendar that meticulously noted every meeting with every legislator, staffer, bureaucrat and fellow lobbyist. His office a block from the Capitol was a virtual Florida political museum over the past five decades, the walls covered with campaign brochures, bumper stickers, faded news clippings and photographs of countless dinners, bill signings and SpongeBob paraphernalia.

He lobbied for cities, taxicab operators, nurses, mental health clinics, tow truck operators, hospitals, hypnotists, and for Vietnam veterans -- having been one himself. He served in Vietnam from 1967 to 1970.

No funeral is scheduled. A memorial service will be held at a later date.