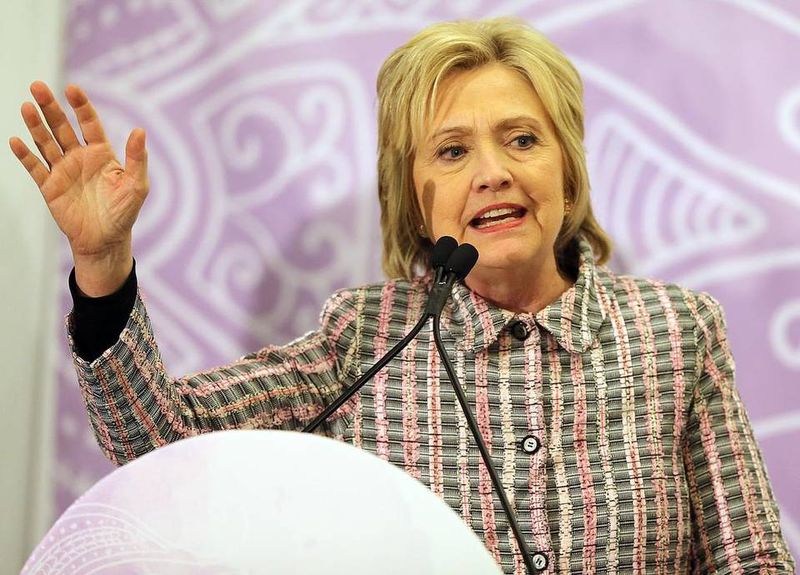 Clinton, the likely Democratic nominee, spoke at the Trayvon Martin Foundation’s Circle of Mothers event held for mothers who have lost a child to gun violence. Martin’s mother, Sybrina Fulton, has endorsed Clinton.

“Something is wrong when so many young people just starting their lives are dying …,” Clinton said at the event held at the Embassy Suites hotel. “This election gives us a chance of trying to make it right.”