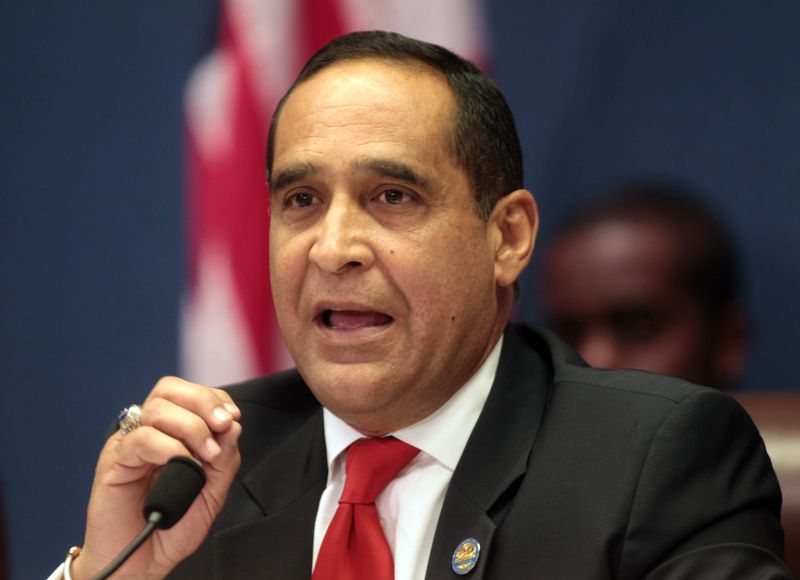 Joe Martinez gave up his District 11 County Commission seat four years ago and now he wants it back.

Martinez, who resigned to run for county mayor in 2012, has filed for the District 11 race in a bid to unseat the incumbent who replaced him, Juan C. Zapata. In filing papers Wednesday, Martinez instantly makes District 11 the most competitive among the seven commission seats up for reelection.

He held the District 11 for 12 years before, as chairman of the County Commission, he challenged Mayor Carlos Gimenez in the 2012 mayoral election. Gimenez won, and Zapata, a former state lawmaker, won Martinez's empty seat.

Martinez is the only former county official challenging an incumbent commissioner, and only one of two who has held elected office before. (The other, former El Portal mayor Daisy Black, is running against Commissioner Audrey Edmonson.)

Zapata has already raised more than $200,000 for a race that faces its first vote in the Aug. 30 primary likely to decide most contests. (The non-partisan primary only moves to a November run-off if no candidate receives less than 50 percent of the vote.) He's also an active figure in his western suburban district, where he's been touting an economic-development plan and efforts to transform the image of West Kendall from sprawl to a more self-contained community.

But Zapata has also drawn critics over a push to incorporate part of the district into a new city. His successful effort to rebrand West Kendall into the "West End" also sparked grumbles from long-time residents. Zapata last year also returned $30,000 in county funds he had secured to reimburse him for tuition while commuting to Harvard University for an advanced degree at Harvard University.

Martinez has two failed campaigns behind him: the 2012 mayoral campaign, and a bid for Congress in 2014, where he lost to Carlos Curbelo in the Republican primary. HIs filing for District 11 completes an odyssey of speculation and trial balloons regarding his political future over the last 12 months, when him suggesting his wife, Ana, might be the one to take on Zapata while he considered another challenge to Gimenez.

Our community should be moving forward not backwards. I have been very busy cleaning up the problems he left behind in our district. They will take time to resolve. Of greater disappointment, is to see the person that after 12 years in office, wants his old seat back, especially after his legacy left us with our traffic nightmare and numerous failed policies such as promoting red light cameras and the Marlins Stadium. We need new people with new voices, not failed politicians prone to lies.

In an interview, Martinez said: "I'm very happy where I'm at right now.... However, Mr. Zapata is taking the district in a direction where 95 percent of the people I speak to don't like it. And that's toward the direction of incorporation.... A lot of the people don't even know I'm not the commissioner anymore... Maybe, maybe I can get the district back on track again."