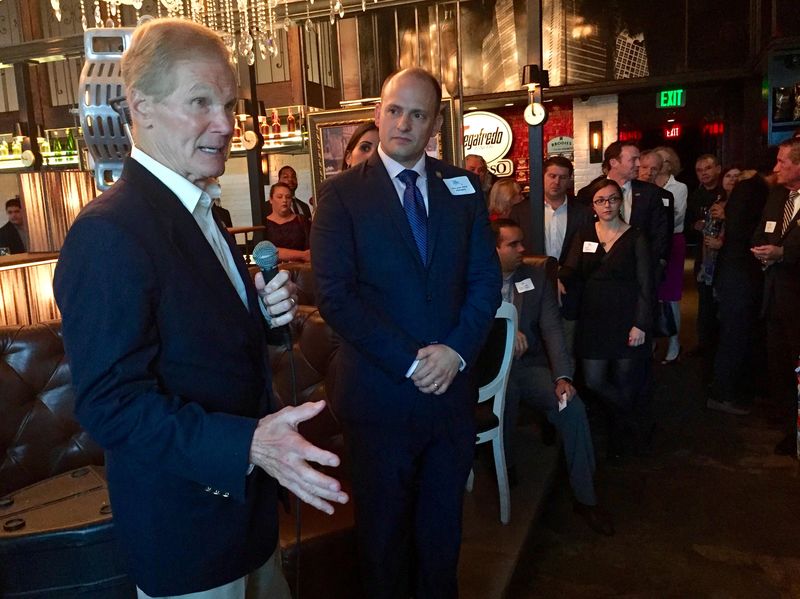 MIAMI -- If there was any doubt about the importance of District 37 in terms of Florida Democrats' desire to win back a few seats in the state Senate in November, look no further than the campaign kick-off of Jose Javier Rodriguez on Tuesday night in Miami.

Nelson spoke for about seven minutes, urging the crowd to open their wallets in support of Rodriguez so he can help bring back "common sense in our state Legislature."

"The Senate certainly works in a more collegial way than the House but then they’re going to have to work together all the more," said Nelson, himself a former state legislator. "If you bring people into the Senate like Representative Rodriguez and make him Senator Rodriguez then that’s what’s going to turn the tide. And that’s what’s going to turn the state of Florida back to a much more mainstream position, instead of an extreme."

District 37 is expected to be one of the more competitive contests in the state, with Rodriguez facing current Republican Sen. Miguel Diaz de la Portilla, one of the chamber's moderate conservatives. (Mercedes Christian has also filed as an independent candidate in the race.)

The coastal district represents much of the city of Miami and stretches south to include Coral Gables, Key Biscayne and Cutler Bay. It leans Democratic and is heavily Hispanic.

Rodriguez called 2016 "an historic year" because of court rulings last year invalidating Senate maps drawn by the Republican-led Legislature and replacing them with 40 newly redrawn districts more in line with the Fair Districts Amendments of the state Constitution. (The yearslong controversy cost taxpayers over $11 million, led to four trials, three special sessions and eight rulings from the Florida Supreme Court.)

The redistricting of all the state Senate seats is what's opening the door for some Democrats, such as Rodriguez, in November.

"It’s an opportunity for us to make sure that our representation matches our community and that’s really what this is about," Rodriguez told the crowd.

He said he expects 2016 to be a tougher election for him than his two previous ones: in 2012, when he successfully challenged Alex Diaz de la Portilla (the senator's brother and a former senator himself), and in 2014, when he beat a well-funded Republican opponent backed by Sen. Marco Rubio, former Gov. Jeb Bush and U.S. Rep.Ileana Ros-Lehtinen. 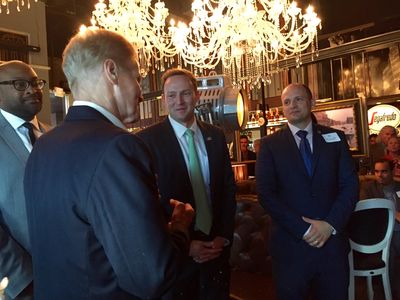 But, "when you hear the stats, they're a little bit better," Rodriguez said of this year's election. "I like the odds a little better."

Both Nelson and Murphy were at the fundraiser for about 20 minutes, mingling with the crowd and taking photos. Murphy didn't address the crowd, as Nelson did, but Nelson gave him a shout-out in his remarks.

Establishment Democrats, like Nelson, have lined up behind Murphy, D-Jupiter, over fellow U.S. Rep. Alan Grayson, D-Orlando. The two are facing off in the Aug. 30 primary for the U.S. Senate contest. Five Republicans are running in the GOP primary for Marco Rubio's U.S. Senate seat.