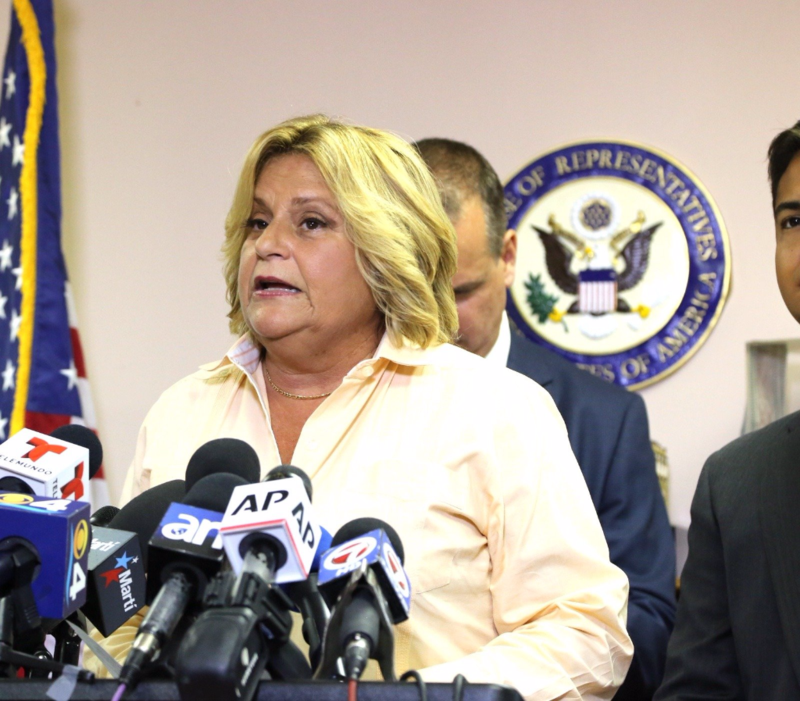 Miami Republican Rep. Ileana Ros-Lehtinen confirmed to the Miami Herald on Friday that she won't back either presumptive presidential nominee.

"I will work with whomever is chosen by the American people to serve as president, because I deeply respect the American constitutional system," the congresswoman said in a statement. "In this election, I do not support either Donald Trump or Hillary Clinton."

Ros-Lehtinen did not respond in time for our story earlier this week about where Miami Republican members of Congress -- all previous Jeb Bush and then Marco Rubio backers -- stood on Trump as their de facto nominee. We cited her telling a Spanish-language network two weeks ago that she didn't think she could cast a ballot for Trump. "I don't feel in my heart that I could support him," she said at the time.

The only local congressman who says -- albeit indirectly -- that he'll vote for Trump is Rep. Mario Diaz-Balart, who in his statement to the Herald referred to the Republican nominee but not Trump by name. Rep. Carlos Curbelo said he won't vote for Trump or Clinton.

On Thursday, House Speaker Paul Ryan of Wisconsin said he couldn't back Trump yet. On Friday, Ryan's office said the speaker will meet with Trump and Republican National Committee Chairman Reince Priebus next week. Trump will also meet with other House leaders.