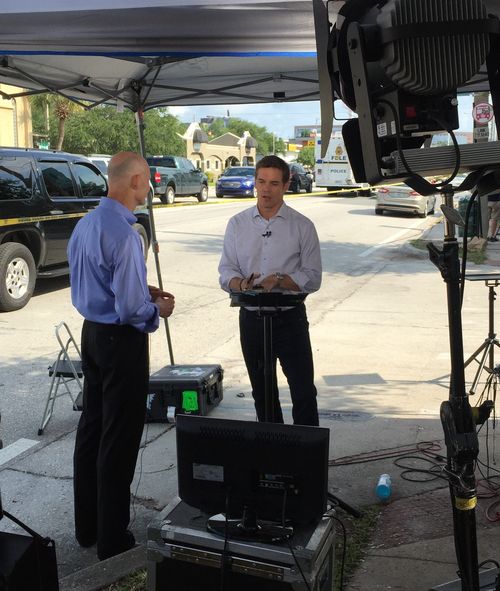 For the third consecutive day, Gov. Rick Scott made the rounds of the national television cameras Tuesday in the make-shift village of satellite trucks and pop-up tents that have been erected just blocks away from the site of the Orlando massacre.

But as the debate continues over how to prevent another mass shooting -- and whether laws need to change to keep assault weapons out of the hands of the deranged -- Scott directed the blame at ''radical Islam" and deflected questions about tightening weapons laws.

"We've had the Second Amendment for over 200 years,'' Scott told the Miami Herald after interviews with CBS News and Telemundo. "What's changed is we have radical Islam. We have ISIS. This country's got to get serious about destroying ISIS, get serious about destroying radical Islam, vetting people better. We've got to share that information better with our local law enforcement community. The Second Amendment didn't kill anybody. Radical Islam. ISIS. They're the ones doing this.

"So our federal government has got to take this seriously and say enough's enough. We've had 49 people killed. They targeted gays. They targeted the Hispanic community. They've got to say this isn't going to happy again in our country.

"What decisions need to be made to make that happen?,'' Scott was asked.

"Get the federal government to focus on destroying ISIS. If you focus on something you absolutely get it done,'' he replied.

"Do you think people should be arming themselves with more assault weapons?,'' we asked.

Photo: Rick Scott speaks to FoxTV reporter Bill Hemmer in Orlando near the site of the Pulse shootings.