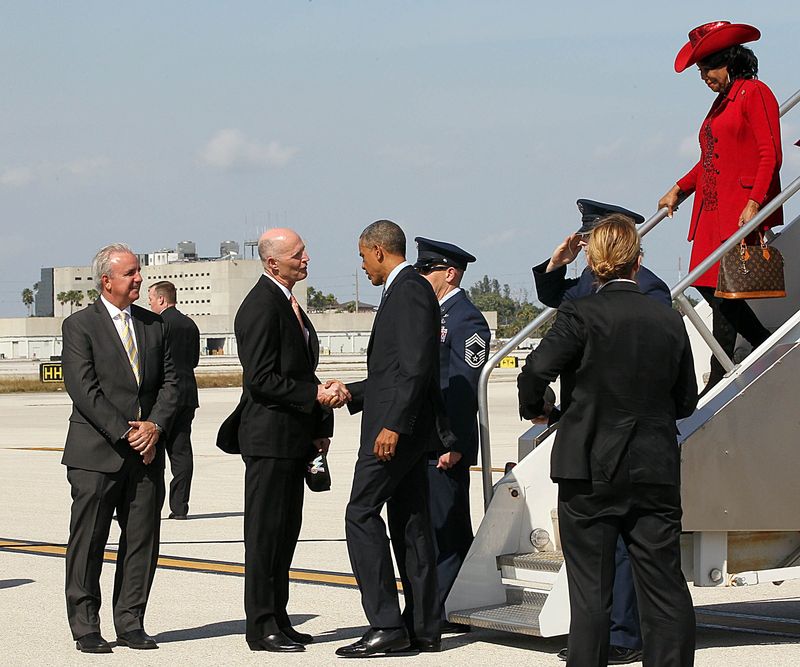 Florida Gov. Rick Scott is planning to be on the tarmac as Air Force One lands in Orlando on Thursday -- when President Barack Obama is expected to visit with victims' families from Sunday's shooting massacre at Pulse nightclub.

Scott and Obama have not yet spoken directly in the three days since the shooting -- magnifying ongoing tension between the two -- but Scott's spokeswoman Jackie Schutz confirmed to the Herald/Times late Tuesday that "yes, the governor will be on the tarmac" for Obama's arrival.

It's unclear yet whether any public events will be held during Obama's trip or whether Obama and Scott will have time to talk privately, particularly about Scott's request for a federal emergency declaration for Orlando. The Florida Times-Union reported Scott's ask is unprecedented after a mass shooting.

The Orlando tragedy is the worst mass shooting in U.S. history, with 50 people dead (including the shooter Omar Mateen) and 53 injured.

The purpose of Obama's visit is "to pay his respects to victims' families and to stand in solidarity with the community as they embark on their recovery," White House Press Secretary Josh Earnest said when the trip was announced Monday.