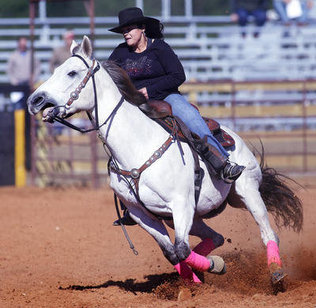 Did the Florida Legislature quietly intend to allow counties to expand slot machines anywhere in the state in 2010 when it modified a statute that was initially intended to allow Hialeah Race Course to operate slot machines?

That was the question before the Florida Supreme Court Tuesday as owners for Gretna Racing argued that the rural racetrack should be allowed to install slot machines because it is has the approval of county voters.

"This is likely the easiest case you're going to deal with today,'' said Marc Dunbar, lawyer, lobbyist and part-owner of Gretna Racing, on the same day the court heard arguments on the death penalty. "It will turn on the interpretation of a single word: after."

But Jonathan Williams, deputy solicitor general for the state, disagreed. He said the case relies on more than grammar and semantics and urged the court to uphold a First District Court of Appeal decision which voted 2-1 to reject Gretna's slots license because the Legislature did not authorize slot machines outside of Miami-Dade and Broward.

"You either have to get the constitutional authorization or the legislative authorization,'' Williams told the court, and Gretna had neither.

If the court sides with Gretna, it could usher in the explosive growth of gambling across the state as at least five other counties — Brevard, Hamilton, Lee, Palm Beach and Washington — have already voted to bring casinos to their stressed horse and dog tracks and jai alai frontons. It would also invalidate the $120 million-a-year gaming compact between the state and the Seminole Tribe of Florida.

Justice Barbara Pariente opened the questioning by suggesting that the ruling might not be as easy as Dunbar suggested.

"We have to first get to that point,'' Pariente said.

Dunbar said that's not an issue in the case because the court ruled in 2004 that the Legislature had the authority to expand gambling without voter approval and the attorney general and solicitor general didn't raise the point.

The case hinges on a 2009 law in which the Legislature modified the implementing law relating to slot machines in Miami-Dade and Broward by allowing Hialeah Race Course to be eligible for a slots license.

The race track was not an operating pari-mutuel when voters approved the statewide constitutional amendment allowing slot machines in Miami Dade and Broward in 2003 but, because Hialeah was located in Miami-Dade, legislators agreed to revise the law to include it among the casinos that could operate Class III slots.

The Legislature changed the law in 2010 to allow counties to authorize slot machines but Williams said that change applies only if the Legislature or the state Constitution authorized the expansion. It does not authorize counties to hold a referendum "for the legal effect of providing an exemption to a statewide ban,'' he said.

But Gretna’s lawyers challenged that claim, saying the traditional meaning of the words authorize a license if it gets county approval and runs pari-mutuel races for two years “after the effective date of this section.”

Justices grilled Dunbar and Williams about what they saw as conflicting legislative intent.

Pariente asked Dunbar why lawmakers would authorize slot machines at pari-mutuel facilities in Miami-Dade and Broward but not specifically authorize them elsewhere.

"To basically say 65 other counties you just have to have a referendum and, if you're a home rule [county], you're fine,'' she said. "This would have been a very, very significant expansion of slot machines … and there is nary a mention in the legislative record of this kind of change."

Dunbar suggested that when the language was first written in 2009, it was a compromise between the House, which opposed expanded gambling, and the Senate, which wanted to allow for slot machines in other parts of the state.

"They were trying to meet in the middle,'' he said. He noted that lawmakers also gave themselves a year to come back and modify the compact with the Seminole Tribe if they authorized gaming outside of Miami-Dade and Broward.

Legislative leaders reached by the Herald/Times, however, offered a divergent view of what lawmakers were thinking when they passed the law.

Rep. Alan Williams, a Tallahassee Democrat and supporter of Gretna Racing, said he voted for the change to allow counties the opportunity bring slot machines to their pari-mutuels and “our intent was never to hamstring the counties and tell them what they could not do.”

But Sen. Bill Galvano, the Bradenton Republican who has been at the core of the Legislature's gambling negotiations for the past seven years, said Tuesday that when lawmakers adopted the change to the state gaming law in 2010, they did not intend to open the door to the expansion of slot machines as Gretna Racing and five other pari-mutuels around the state are claiming.

"It was not the intent of the Legislature to open the door for counties to hold their own referendums to allow the expansion of slots,'' he said in an interview with the Herald/Times.

He said the Legislature wanted to clarify the terms of the referendum language in the event lawmakers would ever approve of an expansion of gaming in the future.

"We didn't want the Hialeah expansion to muddy the waters,'' he said. "Instead, we reiterated that if we approved legislatively-expanded slots -- or a legislatively constitutional amendment...we didn't relinquish authority."

But instead of clarifying, the law has become another vehicle for gaming owners across the state to use as a method to get access to lucrative slots license -- which now are allowed only in Miami-Dade and Broward and at the seven casinos owned by the Seminole Tribe of Florida.

After the law was passed, Dunbar and his legal partner David Romanik joined with other investors and the Poarch Band of Creek Indians of Alabama to build the racetrack in a low-income community north of Interstate 10 in Northwest Florida. If they succeed in getting a slots license, they hope to build the biggest entertainment and gambling complex east of Biloxi.

Galvano said that when the change to the law was being drafted no one -- from pari-mutuel lobbyists to legislators -- were "advocating for the independent ability of counties to expand based on referendum without legislative approval."

At the time, there was pressure from the pari-mutuel industry -- which wanted the opportunity to bring slot machines to their ailing horse tracks, dog tracks and jai alai frontons, Galvano said. "But from the [legislative] members' standpoint, it was understood there would be an opportunity for Hialeah to expand, but that we were not expanding anywhere else," he said.

"Nobody was standing up and saying we're having a debate about 65 other counties,'' Gelber said. "The idea that in implementing that constitutional amendment, they would sort of under-the table give 65 other counties that same right is sort of absurd... If that had happened, I know a few of my colleagues whose heads would have exploded."

Justice Peggy Quince recused herself from the case. A spokesperson for the court said her daughter works for the gaming division of the Department of Business and Professional Regulation.