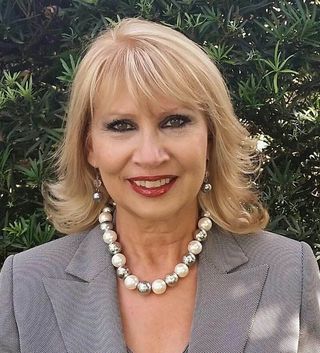 The race for Miami-Dade County School Board district 6 continues to build political intrigue.

Maria Teresa Rojas, a 39-year educator who also happens to be the sister-in-law of county Mayor Carlos Gimenez, has filed to run for the school board seat that stretches from Key Biscayne to Westchester.

"This has nothing to do with politics and is all about education," Rojas said. "It's about my passion, my life in education. And I've been doing this a lot longer than the mayor has been the mayor."

She announced her candidacy along with an endorsement from term-limited state Rep. Erik Fresen. Only two days earlier, Fresen told the Miami Herald he was considering a run for the position himself.

Another political wrinkle: The district 6 school board seat was vacated by Raquel Regalado, who is running for mayor against Gimenez.

Rojas worked for the school district as an award-winning teacher, principal and district administrator for almost four decades. Until announcing her run, Rojas served as an aide to school board member Susie Castillo.

“Every one of these jobs throughout the years has provided me with incredible insight,” she said. "I've been there, done that."

In a text message, Fresen said Rojas would “demand real solutions” and promised to work closely with her to increase “access and quality of public education.”

“I have been looking forward to time off from elected office and was motivated for that seat only because I didn’t want to see it filled by someone who would just shill for the status quo,” he wrote.

Five other school board seats are up for August primary election, with runoffs scheduled for November. Win or lose, Regalado will continue to serve on the school board until the next county mayor is sworn in, in November.