New U.S. Senate candidate didn't register as Democrat in Florida until this afternoon 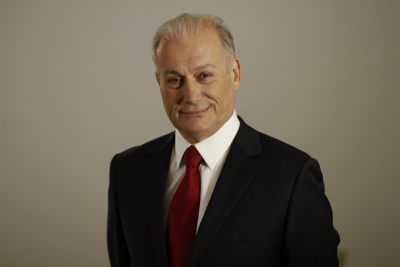 Former presidential hopeful and newly qualified Democratic U.S. Senate candidate "Rocky" Roque De La Fuente was not a registered Democrat in Florida until this afternoon after the Herald/Times inquired about the status of his voter registration.

Records show De La Fuente registered as a "no party affiliation" voter on March 28, after he moved to Orlando from his hometown of San Diego, Calif. That was his current status as of 2:57 p.m. today, according to an email from the Orange County Supervisor of Elections' office.

As the Herald/Times then made inquiries to De La Fuente's campaign and the San Diego County (Calif.) Registrar of Voters, De La Fuente went to the Orange County Supervisor of Elections' office and changed his affiliation to the Florida Democratic Party.

His amended voter application is time-stamped as received by the office at 3:43 p.m.

But De La Fuente told the Herald/Times in an interview shortly after that that he had corrected his voter registration this morning.

He said he noticed "by pure coincidence" on Friday that he was registered as an NPA voter. He blamed it on an error he says was made by a clerk at the Florida Department of Highway Safety and Motor Vehicles when he got his Florida driver's license three months ago.

The 61-year-old real estate developer and entrepreneur said he has done business in Florida for two decades, loves the state and moved to Orlando in March. (The San Diego County Registrar of Voters confirmed today that it received notice that month that De La Fuente was no longer a registered voter in California because he'd moved to Florida.)

Since October, De La Fuente has been running in the Democratic presidential primary contest against the likes of Hillary Clinton and Bernie Sanders. He says he appeared on primary ballots in 40 states; Florida wasn't one of them. Most recently, he got 7,500 votes -- or 0.2 percent support of the 4.6 million ballots cast -- in the California presidential primary on June 7.

"Would it make sense that I’m running as Democrat for president of the United States and ... when I got my driver's license that I wouldn’t check the Democratic box?" he said -- claiming that "it appears that someone in (DHSMV), as people go in and register and they put 'Democrat,' it appears someone takes you out of there and puts you as 'no-party affiliate.' "

"This morning, at 10:30 this morning, I went ahead and personally went into the office in Orange County and basically corrected the mistake that was arbitrarily made by somebody at (DHSMV). That’s been corrected," he said.

At 9:30 this morning, a campaign aide for De La Fuente submitted to the Florida Division of Elections in Tallahassee a sworn oath the candidate had signed June 16 in which he says he is a "member of the Democratic Party."

Had De La Fuente not changed his party affiliation, it's unclear whether he could have still appeared as a Democratic candidate on the Aug. 30 ballot but he wouldn't have been able to vote for himself in the primary, because the election is closed to registered voters of each party.

Keith and Grayson, both of whom have been actively campaigning, had not filed their paperwork to qualify for the ballot as of 5:30 p.m. They have until noon Friday to do so.

De La Fuente is still in the process of converting his former presidential campaign into a U.S. Senate campaign. His social media accounts and portions of his website still reflect his presidential bid, as does his campaign account registered with the Federal Election Commission.

FEC records show he loaned more than $6 million to his presidential campaign and raised less than $17,000 from supporters.

"I decided the most important race for the United States Senate will be fought in the state of Florida, our state," De La Fuente said, adding that he expects Marco Rubio will run for re-election after all and that Murphy, viewed as the Democratic front-runner by many, "will not even have a prayer."