« In Miami, Obama praises Wasserman Schultz | Main | Arthenia Joyner on Muhammad Ali: He 'fought the good fight for himself, and for so many others' »

Obama to Democrats: 'I want us to run scared' 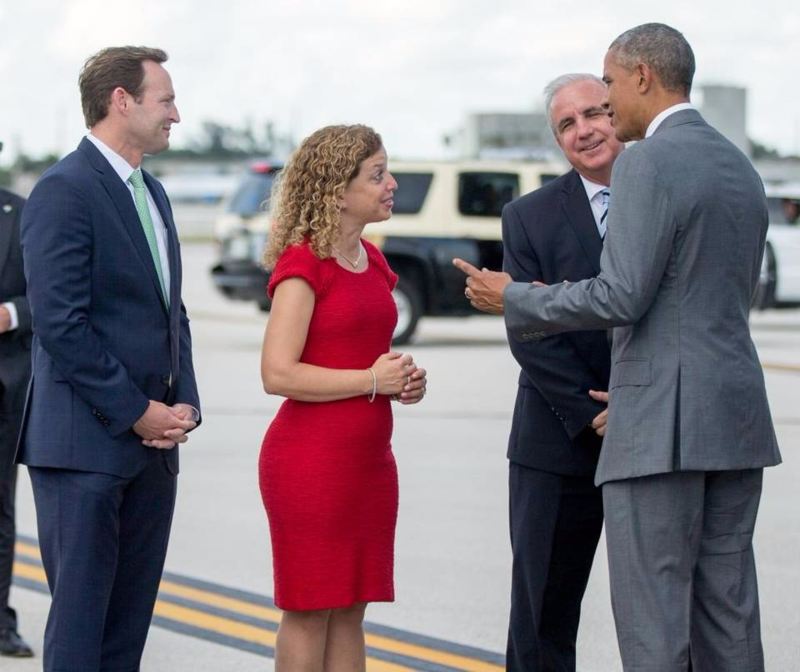 President Barack Obama might have thought that, by this point, Democrats would have already settled on a nominee to try to follow him into the White House. That way, Obama would be free to traverse the country to defend his legacy and support his preferred successor.

Instead, it’s the first week of June, and Hillary Clinton is still fending off Bernie Sanders, at least until Tuesday, when she’s expected to reach the magic number of delegates to make her the party’s choice.

So when Obama traveled to Miami on Friday to raise money for Democrats, he couldn’t devote himself to bragging about a specific presidential candidate who will be on the Nov. 8 ballot.

What he did instead was boast about his own record, particularly on the economy.

“If what you’re deeply concerned about is the state of the middle class and the ability of people to work hard and get ahead and pass on opportunities to your kids and your grand-kids — if that’s what you’re concerned about, then this election shouldn’t be close,” Obama said at a fundraiser held at the Coconut Grove home of attorney Robert Rubenstein.

Republicans, he continued, have not offered a “coherent economic theory” but rather rhetoric that “is feeding resentments.”

“So being able to say that it’s immigrants or it’s gays or it’s somebody that is taking something away from you — that’s the essence of the message that the Republican nominee is delivering, and frankly has been the message that’s been delivered by this Republican Congress for too long,” he said. “And it’s divisive, and it’s factually wrong.”