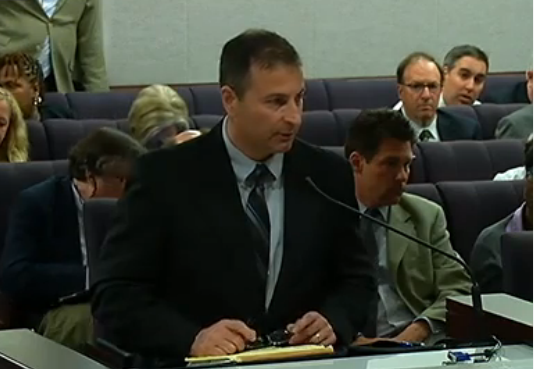 A Department of Corrections whistleblower who was demoted after accusing his bosses of covering up inmate abuse and agency corruption was cleared of wrongdoing Monday as a panel of law enforcement officers unanimously ruled he was wrongly targeted.

Doug Glisson, a senior investigator at the Department of Corrections, is now seeking reinstatement to his position as a supervisor in the agency’s Office of Inspector General, after a five-member Complaint Review Board concluded that the complaint against him was “unfounded.”

Glisson was demoted and docked pay by the agency in April after six internal investigations were launched against him on Feb. 3, 2015 — a day after his former boss, Inspector General Jeffery Beasley, was grilled by a Senate committee about allegations of cover-up and corruption. Three of those investigations were sustained, without interviewing Glisson, two were dismissed and one he challenged as violating his rights under the “Officers’ Bill of Rights.”

Glisson was accused of hearing a complaint from an inmate who alleged officer-on-inmate abuse at the Franklin Correctional Institution but failed to investigate — in violation of agency procedure. He sued after the agency refused to provide a hearing, as required by law, to allow him to bring forward his allegations that the investigation was biased against him. Story here.