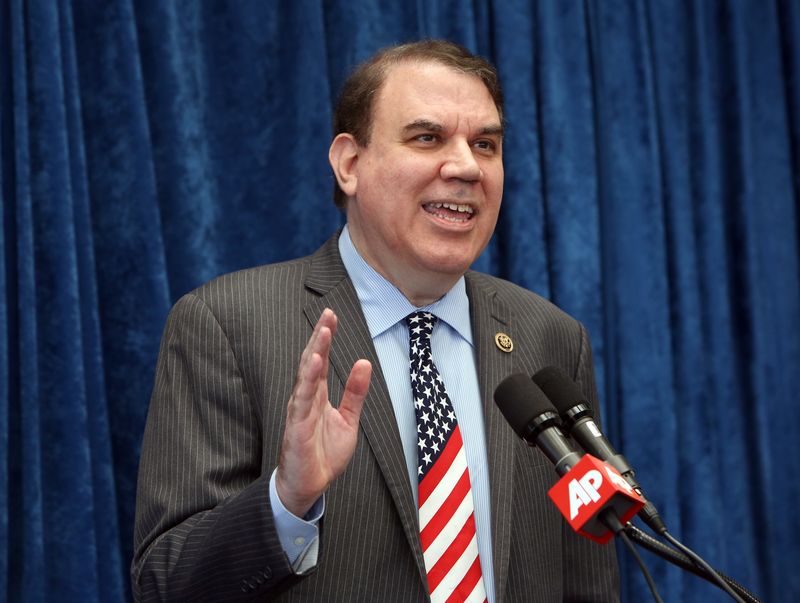 The 74-page report from the Office of Congressional Ethics came out two months ago, and Murphy's campaign has been highlighting tidbits of information from it for weeks -- including each day this week as part of a marketing blitz they've dubbed "What is Alan Grayson Hiding?"

Murphy and Grayson -- both U.S. congressmen -- and Miami labor attorney and former naval officer Pam Keith are running in the Aug. 30 Democratic primary in the competitive race to replace Marco Rubio.

Murphy, of Jupiter, is attacking Grayson today for allegedly combining assets in his U.S. House financial disclosure form -- or what Murphy's Senate campaign described as: "Grayson's failure to distinguish between his hedge funds and his personal assets to hide millions."

"The facts are clear," Murphy's campaign said in a statement. "Alan Grayson failed to report assets and blatantly misreported others in a manner that undermined the entirety of his personal financial disclosure. Floridians deserve the truth."

Murphy's campaign pointed to examples detailed in the ethics report (pgs. 49-52) to back up its criticism, but Grayson said those examples take his finances out of context and that Murphy was "giving a fictitious version" of what happened.

"There's no 'failure to distinguish' ... That simply didn't happen," said Grayson, of Orlando. He added: "Nothing was hidden, and the OCE report itself doesn't allege that millions were hidden -- or even a dollar was hidden."

The ethics report did note, though, that Grayson could have been clearer in his annual financial disclosures with how he listed underlying assets from a hedge fund bearing his name.

Ethics investigators determined that Grayson disclosed the assets but "his method of disclosure obscured their identity."

They cited an example from Grayson's 2012 financial disclosure, wherein they say he reported, in a single line-item, both personal and hedge fund stock in a company called Jaguar Mining Inc. -- valued at several hundred thousand dollars each. Investigators also said he didn't connect the dots to show part of that stock was a holding of the Grayson Hedge Fund. The Jaguar stock and interest for the hedge fund were detailed on separate pages, two pages apart, the OCE report said.

"Grayson's reporting of these assets lacks clarity and may involve double counting of certain holdings," the ethics report said.

Grayson said he didn't "mix his hedge fund cash and his personal wealth," as Murphy's campaign alleges and the report suggests could have happened.

"They were enumerated separately in different lines in the report," Grayson said, calling his opponent's attacks "stupid empty rhetoric" and "mindless crap."

Grayson has contested the OCE's findings and has said repeatedly that he did nothing wrong.

The ethics investigation remains open, after the OCE flagged several potential violations of federal law and congressional rules. The congressional ethics office recommended the U.S. House Ethics Committee further investigate but there's been no new developments since the release of the OCE report in April.

Grayson frequently downplays the status of the ethics investigation, suggesting the matter is fully resolved.

Grayson's controversial hedge funds and the ethics investigation into them are a persistent line of attack Murphy has relied on this spring in his race against Grayson.

"Lifelong Republican Patrick Murphy is out of step with Democrats, so he runs this non-stop smear campaign," Grayson's campaign said in a statement. "At some point he needs to explain his atrocious record for advocating ‘across the board’ cuts to Social Security and Medicare, supporting the Benghazi hearings, and voting for the Keystone XL pipeline several times -- and shut down his personal attack machine masquerading as a campaign."