« DLP vs. JJR contest in Miami-Dade begins as a tie, Democratic poll says | Main | Gwen Margolis: A look back at her legacy » 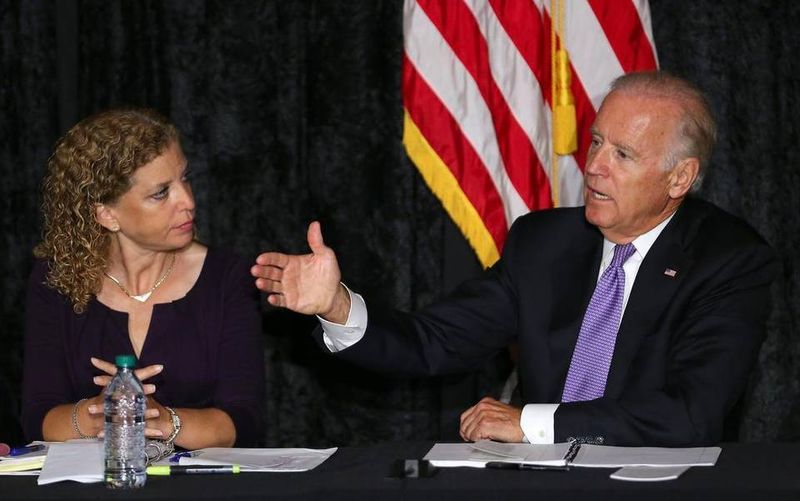 Stephen Bittel, a developer who lives in Coconut Grove, is hosting the event at 6 p.m. Sunday. (See our May blog about the fundraiser.)

It doesn't appear that Biden will hold any public events.

As a contrast to her big-dollar fundraiser with Biden, Wasserman Schultz is hosting a free barbeque at the Old Davie Schoolhouse in Davie at 3 p.m. Saturday.

Her primary opponent, Tim Canova, has focused on small, online donations much like Bernie Sanders who supports Canova rather than big-ticket fundraisers. Canova has raised nearly $2 million in his first campaign which he launched in January. Wasserman Schultz raised $1.8 million through March and hasn't provided an update. They are competing for a Broward/Miami-Dade district.

(Miami Herald photo of Wasserman Schultz and Biden at the Jewish Community Center in September speaking about the Iran nuclear deal. This blog was updated to include the date of the event)