UPDATED: Aug. 1, 10:45 a.m. -- De La Fuente said in an interview with the Herald/Times on Aug. 1: "My primary objective is to serve the American people and I will serve where they want me to serve."

He acknowledged he's simultaneously pursuing both his U.S. Senate campaign in Florida and his ongoing presidential campaign elsewhere in the country. He said he wants to help "prepare the American people to have a third party candidate" in the presidential race and hopes to be on the November ballot in 40 states.

However, he added that getting elected to the U.S. Senate from Florida "is what I'm working on 99 percent of the time." 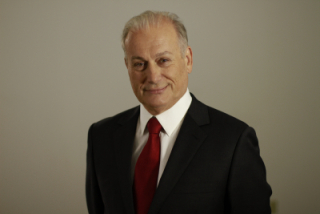 A late entry in Florida's U.S. Senate race last month is apparently not giving up on his primary ambition: to become president of the United States.

Florida newcomer and Democrat "Rocky" Roque De La Fuente entered the state's U.S. Senate race in late June, after moving to Orlando in March from his home state of California.

But even as he filed his Senate candidacy in Florida on June 20, De La Fuente continued to loan and spend money for his presidential campaign based in San Diego, Federal Election Commission records show.

And despite landing a spot on the Aug. 30 primary ballot here, he's still working to get on other states' ballots for the November general election as an independent presidential candidate.

According to his most recent FEC report, De La Fuente gave his presidential campaign another $389,500 on June 30, making for a total of $6.4 million that De La Fuente has personally loaned that campaign. Last month, he also continued to spend tens of thousands of dollars on consultant fees, transportation and other bills, spending $362,000 in all in June.

Included in the expenses: a $250 filing fee to the "State of New Hampshire." The Secretary of State's office there said De La Fuente filed a "declaration of intent" in early June to run as an independent presidential candidate in the general election. He has until Sept. 7 to submit petition papers to qualify for the New Hampshire ballot.

This month, he also reportedly sought to get on the November ballot in Georgia, too, according to Ballot Access News.

Meanwhile, De La Fuente is self-funding his Florida U.S. Senate bid, as he is his presidential one. He loaned his Senate campaign $71,000 on June 30 and reported no contributions in the first couple weeks of his campaign, according to his first campaign finance report to the FEC in mid-July.

De La Fuente has marketed his U.S. Senate campaign largely toward Hispanic voters. His campaign website has a lengthy "national issues" section, while his "Florida issues" page has only this generic pledge: "Rocky aims to put his ideals into practice by solving the most common issues that our fellow citizens in Florida face today."

Before moving to Florida this spring, De La Fuente's only connection to the Sunshine State was business deals he said he had here over the past couple decades, including owning property in some areas of the state. De La Fuente, a 61-year-old businessman and entrepreneur, had previously lived in California his whole life.

De La Fuente notably botched his voter registration when he moved to Florida in late March by accidentally registering as "no party affiliation." He fixed it and registered as a Democrat after the Herald/Times made inquiries last month.

De La Fuente is emphatic the mistake was on the Florida Department of Highway Safety and Motor Vehicles -- because he registered when getting his driver's license -- but state officials said De La Fuente checked the wrong box, possibly due to confusion with Florida's registration process. (They said he checked "no party change," rather than "Democrat," but that designation is specifically for use by Florida residents who move in-state, not newcomers coming from out of state.)