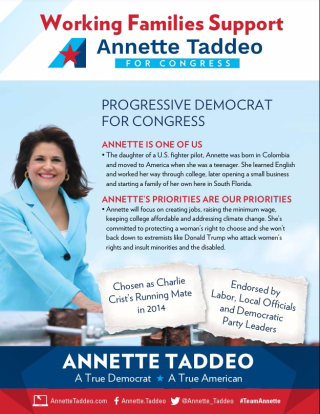 For the past three weeks, Miami Democrat Annette Taddeo has been introducing herself to targeted voters with mail pieces outlining her personal story.

She's "a working mother who will challenge the status quo," says one flier. She's "a true Democrat fighting for South Florida," says another. All four biographical pieces show her campaigning in 2014 as Charlie Crist's running mate.

A fifth, more recent mailer focuses instead on her Democratic primary rival, former state Rep. Joe Garcia. It attacks him over two investigations that roiled his 2012 and 2010 congressional campaigns. Garcia's former chief of staff, Jeffrey Garcia, no relation, ended up in jail and on probation; Joe Garcia was never charged.

"Joe Garcia has changed," the flier says. "Many South Floridians have supported him in the past, but politics and money have corrupted him."

The flier also tries to tie Garcia to presumptive Republican presidential nominee Donald Trump and the now-defunct Trump University -- a sign that attacks about for-profit universities seem to stick with respondents asked about the issue in public-opinion polls.

Garcia's campaign did not respond to a request for comment. 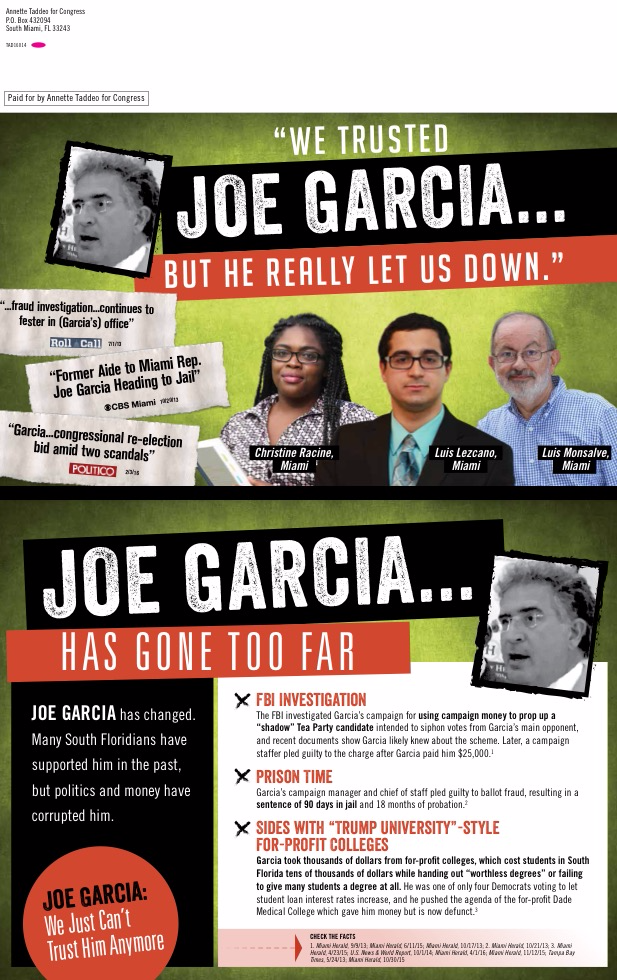