Miami-Dade Mayor Carlos A. Gimenez's budget press conference on Monday didn't draw much media attention: the seats were filled with county workers and exactly one news organization: the Miami Herald. But  a videographer who said he was working for Gimenez's reelection campaign did record footage of the mayor announcing a slight tax-rate cut. That's where things got curious.

County rules require visitors to the mayor's suite of offices on the 29th Floor of County Hall to fill in a visitor log, including who they are seeing that day. The Herald signed in to see Michael Hernández, Gimenez's press secretary. The campaign videographer, Dario Nanni, signed in to see Luis Mata.

The problem: Mata doesn't work for the county. He works for Balsera Communications, the Coral Gables public relations and lobbying firm that employs one of the mayor's sons, Carlos J. Gimenez. Mata wasn't available for an interview but owner Freddy Balsera confirmed his company was behind the filming.

"We're getting footage for the campaign," Balsera said. "Obviously, to put together ads." 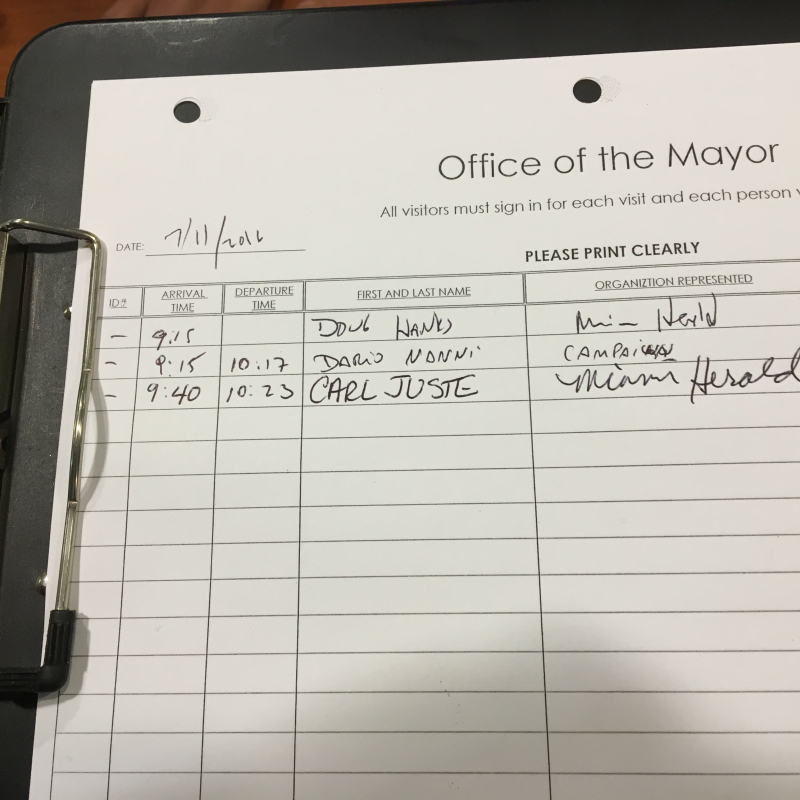 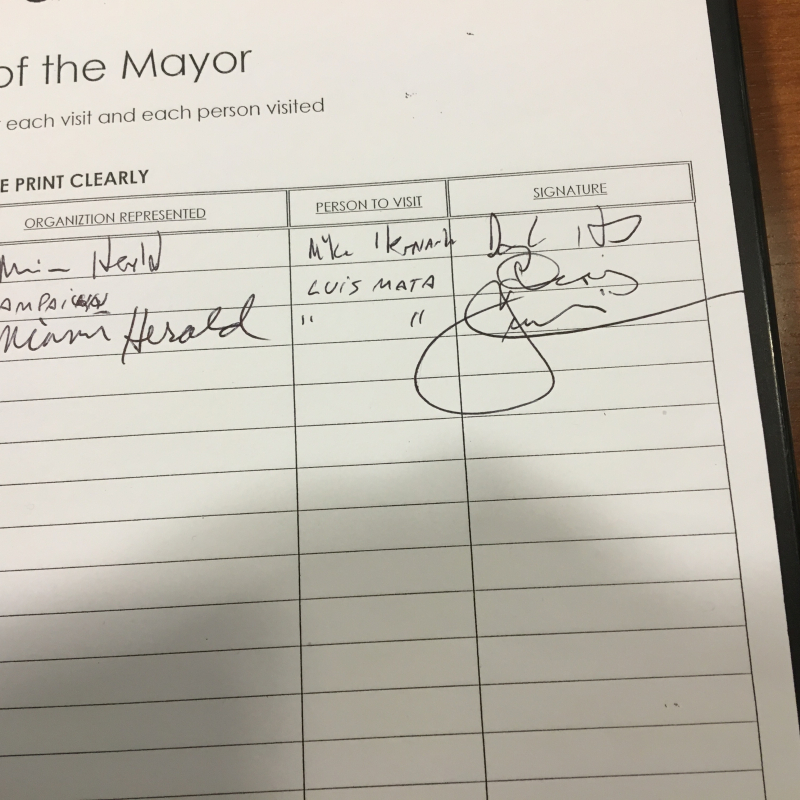 Balsera said it was Mata who dispatched Nanni to event, sparking the error on the sign-in sheet. Nanni said he was given Mata's name as his contact for the assignment.

Balsera's firm hasn't shown up on any of the expenditure reports filed by Gimenez's campaign or affiliated committee, Miami-Dade Residents First. Balsera said he, Mata and others are donating their services. Campaigns must report some donated goods and services as in-kind contributions, so producing a free ad could eventually trigger disclosure. But Balsera described most of his help to the campaign so far as free advice.

"My firm is not directly or indirectly under contract or getting paid by the mayor's campaign," he said. "I believe very strongly in Mayor Gimenez and the work he's doing."

Mata was  last in the news when he and the younger Gimenez were urging school-board candidates to drop out of the race in order to clear the way for the mayor's sister-in-law, Maria Teresa “Mari Tere” Rojas, to win the seat. Of the original five contenders in the race, four remain as candidates.

This post was updated to broaden the possibility of a campaign-donation disclosure tied to producing a free ad.