Ben Carson on Melania Trump's words: 'I don't think that they were plagiarized' 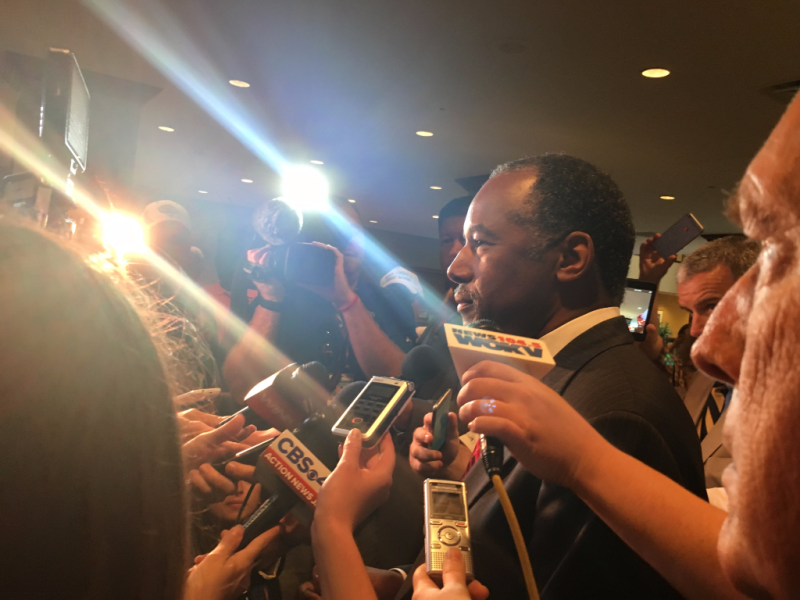 "I don't think that they were plagiarized," Carson told reporters after speaking at the Florida delegation's breakfast. "I think they were general principles that were very valuable to Americans."

Carson himself apologized during the Republican primary after BuzzFeed reported plagiarism in his 2012 book "America the Beautiful." Yet Carson, a Palm Beach County resident who's now backing Trump, wouldn't call on Melania Trump or the campaign to apologize.

"If we share values, we ought to celebrate that, not turn it into a controversy," he said. "That should make us all very happy, whether it's Democrats or Republicans, we all share the same values."