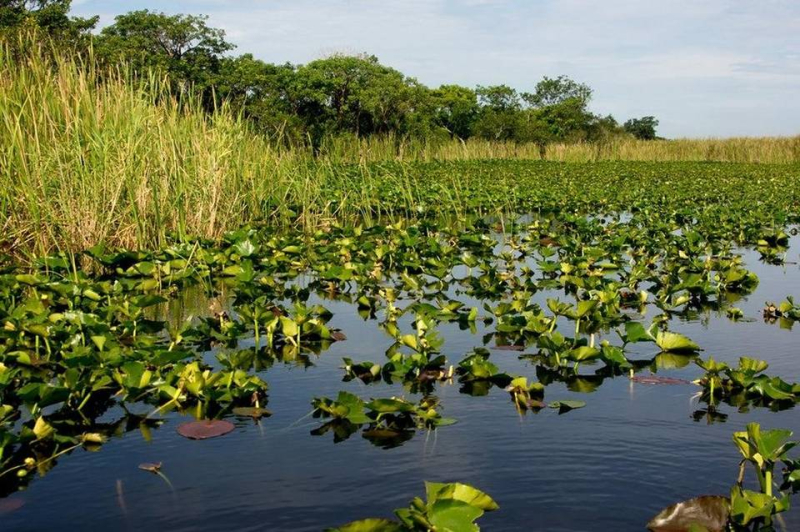 As a state panel prepares to decide Tuesday whether to allow polluters to increase the level of toxic chemicals they dump into Florida rivers and lakes, Democrats in Florida's congressional delegation is urging regulators to reject the rule.

The governor-appointed Environmental Regulatory Commission will vote on a rule proposed by state regulators that would increase the number of regulated chemicals allowed in drinking water from 54 to 92 chemicals.

The chemicals are among those released by oil and gas drilling companies (including fracking operations), dry cleaning companies, pulp and paper producers, wastewater treatment plants and agriculture doing business in Florida. Many of these industries have come out in support of the new rule.

Environmentalists say the change is illogical and dangerous. The Department of Environmental Regulation, which proposed the rule, says it is a long-overdue update required under the federal Clean Water Act. The agency last updated the list of regulated toxic chemicals in 1992 and began working on the new proposal in 2012, after years of review, said Dee Ann Miller, DEP spokesperson. Story here.

But Florida's Democrats in Congress say the proposal "would threaten Florida’s ecosystems and compromise Floridians’ health and livelihoods."

Democratic Members of the Florida Congressional Delegation are calling on Florida’s Environmental Regulation Commission (ERC) to reject a harmful proposal that would threaten Florida’s ecosystems and compromise Floridians’ health and livelihoods. The delegation also urges Governor Rick Scott to fill two long-vacant seats on the commission so that this and future proposals are deliberated with full consideration of the interests of all Floridians.

In addition, Governor Rick Scott has failed to replace two vacancies on the commission reserved respectively for a representative of local governments and the environmental community. Tomorrow’s session, inexplicably moved up by months and questionably chosen for the same day as a major statewide meeting on the algae bloom, will lack the input of these two key constituencies in reviewing this detrimental proposal.

Members of the Florida Delegation issued the following statements:

“Floridians want fewer poisons in our beautiful waters, not more,” said Rep. Ted Deutch (FL-21). “Passing this proposal would starkly contradict the commission’s mission to keep Floridians safe, protect our wildlife, and preserve our state’s pristine waterways. It flies in the face of the scientifically-sound EPA recommendations and puts Florida's standards well below others states. The commission should reject this harmful proposal; instead, Governor Scott should fill the commission's vacancies so it can function the way it is intended – with all Floridians’ interests represented and voices heard."

“Florida’s waterways are more than just beautiful scenery, they are our way of life and they must be protected,” said U.S. Sen. Bill Nelson (D-FL). “The state’s plan to allow more chemicals in our waterways defies common sense.”

“Clean water is essential to the health and livelihood of our state,” said Rep. Alcee Hastings (FL-20). “Given the importance of water quality to our ecosystem and environment, I am very concerned that the Environmental Regulation Commission is considering a proposal without input from representatives from local government or the environmental community that would allow for higher levels of toxins, including cancer-causing chemicals in our water. We must follow sound science in addressing water quality in our state and moving forward with this proposal is a step in the wrong direction.”

"It is troubling that these revisions would seek to create more lax – rather than more stringent – standards for several chemicals, particularly known carcinogens," said Rep. Wasserman Schultz (FL-23). "The stakes of such rule-making are simply too great to move forward without a process that is open, transparent, and takes the necessary care to evaluate all of the effects of any possible revision. Given what we know about the potential harms of many of these chemicals, I oppose such revisions that could put Floridians at risk."

"Clean water and clean beaches are central to a healthy environment and healthy economy in Florida," said Rep. Kathy Castor (FL-14). "Gov. Rick Scott and his Administration must stop their continued rollbacks of environmental protections in our great state. These types of rollbacks and lack of commitment have done serious harm, such as opening up Florida for fracking, algae-filled lagoons, and shameful resistance to conservation lands that voters supported."

"I am uncomfortable with the proposed rule and the impact it could have on the people of Florida," said Rep. Alan Grayson (FL-09). "The decision the Environmental Regulation Commission makes this week regarding the adoption of the proposed rule risks not only the weakening of Florida’s water safety standards, but could also open the door to risky fracking in Florida. I hope you will do the right thing for the people of Florida."

“South Florida’s waterways are the backbone of our economy and way of life," said Rep. Lois Frankel (FL-22). "Keeping the water clean and safe to drink is critical to the health and safety of our communities, and our reputation as a world-class fishing destination. For these reasons, it’s imperative that the voices of community leaders and environmental experts are included in this discussion and I urge Governor Scott to fill these posts immediately.”

“In a time of crisis in our waterways, we should be making every effort to strengthen water quality standards not lessening existing protections,” said Rep. Patrick Murphy (FL-18). “I urge the commission to reject this dangerous proposal that threatens public health, our environment, and the countless Floridians who depend on clean water for their livelihoods. Instead, the Governor should direct state officials to do their job of protecting the people of Florida and focus their efforts on addressing the environmental disaster currently taking place in our backyards.”

“Florida’s waters, from Tallahassee to the Treasure Coast, are in crisis," said Rep. Gwen Graham (FL-02). "Our state’s environment and economy depend on clean water – and neither can afford lower quality standards. Governor Scott must end his silence on this issue, appoint commissioners to represent the environmental community, and work with the commission to improve our standards – not gut them.”