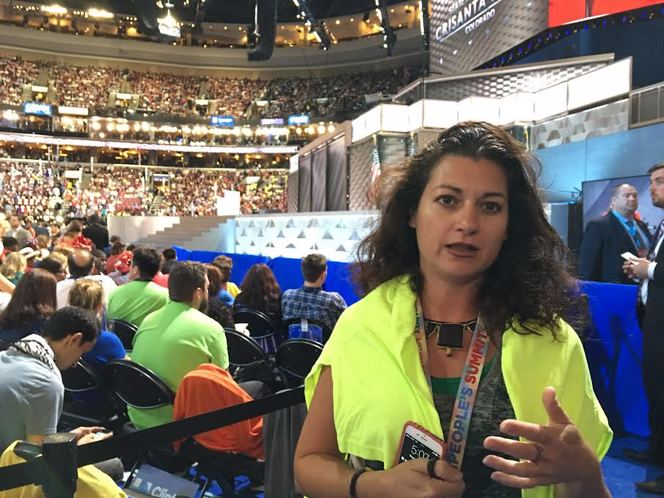 PHILADELPHIA -- Dawn Abate was willing to give Hillary Clinton a chance.

"Hillary has to figure out how she can make us believe she’s going to do any of the things she says she will do," the Florida delegate said Thursday afternoon, hours before Clinton gave her speech.

Abate, 39, of Stuart, is a hardcore Bernie Sanders supporter and had a neon yellow Sanders shirt draped across her shoulders. “It’s been a very emotional week. We’re all in mourning,” she said. “The energy here has been so unfriendly."

But she said she would hear out Clinton, who did acknowledge what Sanders had done and addressed some of his core issues, including campaign finance and income inequality. "You've put economic and social justice issues front and center, where they belong," Clinton said. "And to all of your supporters here and around the country: I want you to know, I've heard you. Your cause is our cause."

"Hell no," she said Friday by text message. "But I will not let Donald Trump be president either, so sadly, I have to bubble in her name."