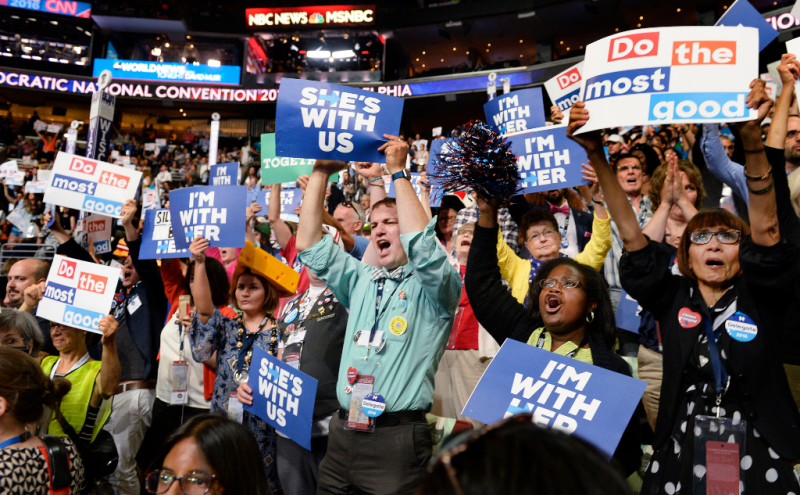 PHILADELPHIA -- The Democratic Party on Tuesday temporarily put aside the divisions that had riven it only a day earlier to select its candidate for the presidency of the United States.

For the first time, the nominee is a woman.

Hillary Clinton became the Democratic nominee for the White House after a boisterous roll-call vote of states that embraced the historic nature of her candidacy while also recognizing the passion that abounded for her runner-up, Bernie Sanders.

South Dakota put Clinton over the top shortly after 6:30 p.m.

The joint celebration of Clinton and Sanders appeared to heal, at least for an hour, the suppurating wound exposed Monday when Sanders devotees incessantly heckled Clinton’s name on the opening night of the Democratic National Convention in Philadelphia.

“We love each other,” Duran declared. “This is how unity is done,” Riker agreed.