For now, Joe Garcia isn’t fighting fire with fire. His campaign released its first campaign mailer Wednesday, and the flier makes no mention of his Democratic primary opponent, Annette Taddeo.

Candidates who lead in the polls like Garcia typically avoid engaging with their primary rivals. Taddeo’s campaign released a flier last week attacking Garcia over his former campaign manager and contributions from for-profit colleges.

Garcia's mailer says he fought to lower the cost of college loans and flood insurance, opposed cuts to Social Security and Medicare, advocated for immigration reform and secured funds for job training.

"Joe Garcia has worked his whole life for South Florida, and this campaign will be about everything he has done for our community," Garcia spokesman Javier Hernandez said in a statement. 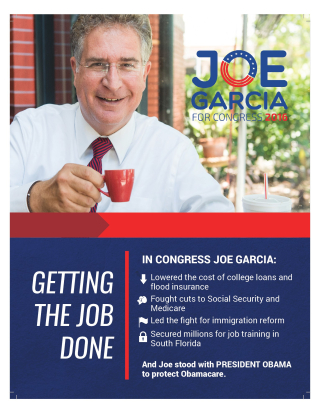 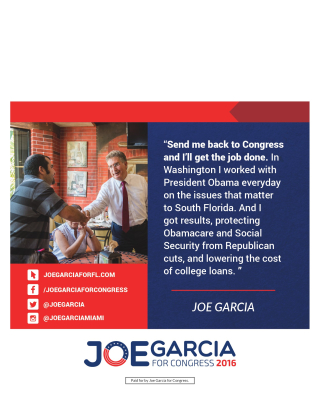