When U.S. Rep. Debbie Wasserman Schultz appeared Monday at the breakfast of the Florida delegation to the Democratic National Convention, Ken Russell watched first-hand as she was mercilessly heckled. And when Hillary Clinton locked in the democratic presidential nomination Tuesday evening, becoming the first woman ever to earn such a distinction, he participated in the historic roll call.

Philadelphia is a long way from Miami, where Russell is a Miami commissioner (a non-partisan post). But he said Wednesday there's a Miami angle to his presence at the convention.

"I believe, at a national level, this election will effect us locally, big time," said Russell, one of Florida's 246 delegates participating in the convention. "South Florida isn't getting any help on sea level rise on a state level and certainly we won't from a Trump presidency."

Russell is hardly the only local politician at the convention holding a non-partisan post. 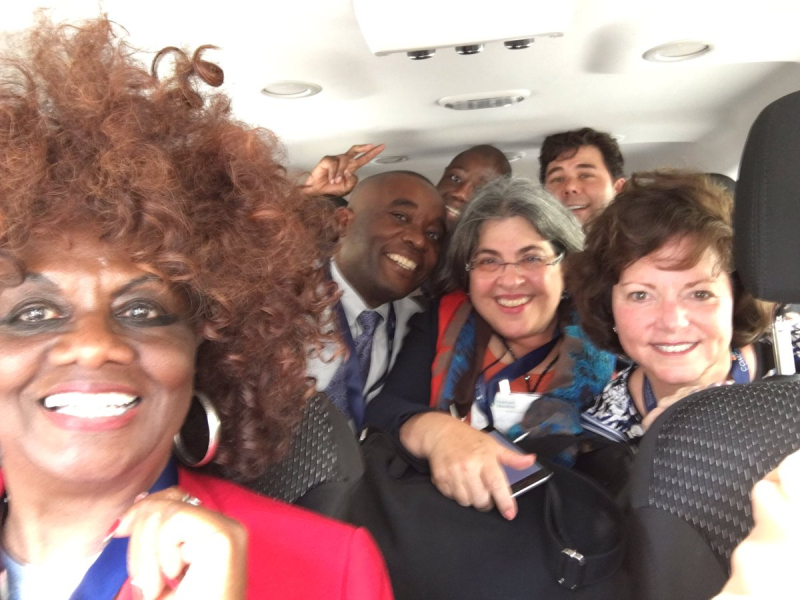 He campaigned to become a delegate on a slate with County Commissioner Daniella Levine Cava, who is joined in Philadelphia by Miami-Dade Commission Chairman Jean Monestime. Miami Beach Mayor Philip Levine is also in attendance, along with School Board Member Dorothy Bendross-Mindingall and Pinecrest Mayor Cindy Lerner. Miami-Dade State Attorney Katherine Fernandez Rundle is also a delegate.

"This is the first time I've felt compelled to participate in this nomination process and to attend a convention. I think what's at stake in this country is very grave. We're very divided," Levine Cava said Wednesday morning.

Here's a list of the local delegates at last week's Republican convention.

Russell called the experience "eye opening." He said he's flying back Friday to attend a city commission meeting. He and Levine Cava said they're personally paying for their trips.

"I didn't realize how expensive it is to be a national delegate," Russell said, laughing. "Everything here is out of pocket."