Rubio after Dallas ambush: 'I'm not sure there's a law we can pass' 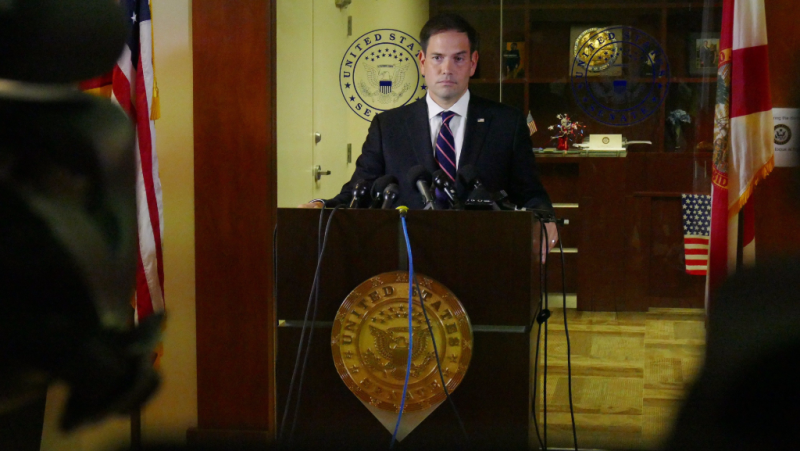 U.S. Sen. Marco Rubio got an obvious question Friday, the day after a sniper gunned down Dallas police officers, killing five of them and wounding seven others: If good guys with guns couldn't fend off a bad guy with a gun, should lawmakers limit the availability of guns?

No, the Florida Republican said.

"This is a very unique situation," Rubio told reporters. "You have snipers that are in rooftops, picking off police officers -- a very difficult situation."

The officers were armed, Rubio conceded, but didn't know who was firing at them or from where. "The police officers found themselves in a very vulnerable situation: They are wearing uniforms," he said.

He rejected the notion that the Dallas shootings -- which by Friday had been blamed on a lone gunman -- should spur any legislative action.

"I'm not sure there’s a law we can pass," he said. "If people want to get into that debate, I'm not in favor of criminals having guns. Unfortunately, criminals don't care about what the law is. If you pass a law that bans a certain gun, criminals are going to have it law abiding people will not. Criminals, by definition, ignore the law."

Rubio urged Americans to put aside politics, saying, "The worst thing we can do now after incidents such as this is go out and say, 'What does this mean for the presidential campaign?'"

But it was Rubio who had called the news conference after presumptive Republican presidential nominee Donald Trump had canceled his Miami campaign events in the wake of the shootings -- so Rubio, who ran for president and is running for re-election, got political questions anyway. Rubio had intended to attend a Trump lunch at Versailles Cuban restaurant.

Instead, the senator, who is seeking re-election, faced an unusually large bank of news crews. National reporters in town to cover Trump had made their way to Rubio's Doral office.

The Dallas ambush happened when officers came under attack as they guarded a peaceful demonstration. The protesters were drawing attention to the two fatal shootings of black men by police in Louisiana and Minnesota.

Rubio has consistently tried to strike a sensitive tone on similar shootings, and Friday was no exception.

"Those of us who are not African-American will never fully understand the experience of being black in America," he said. "But we should all understand why our fellow Americans in the black community are angry at the images of an African-American man with no criminal record, who was pulled over with a busted tail light, slumped in his car seat and dying while his four year old daughter watches from the backseat."

He was referring to Philando Castile, the man killed Thursday in a Twin Cities suburb. Alton Sterling was shot Wednesday in Baton Rouge.

"There are communities in this country that have a terrible relationship with their local law enforcement. We need to recognize that," he said. "We also need recognize that law enforcement officers in this country are truly among the best that we have. What these people do on a regular basis, you never hear about it. You never hear about the great things they do. No one is capturing that on video or online. It's only when some bad actor or some bad incident occurs we hear something about it."